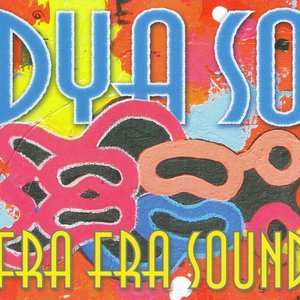 It’s a big world, and many people are free to move around it, so something like a “Dutch Afro-Caribbean” jazz band shouldn’t be too unexpected, I suppose. And given this band’s long history (formed in 1980), they alone could be responsible for making their genre not seem strange. The seven-piece international lineup features trumpet and sax backed by a rhythm section of keyboards, guitar, bass, drums, and percussion (there are eight musicians credited, but I think there are different drummers on different tracks). The music is joyous and energetic, sometimes emphasizing the Latin / Caribbean side of the mix, sometimes the African side, but always propulsive and enjoyable. I am sometimes reminded of the seminal African jazz recordings of Manu Dibango and Hugh Masekela back in the 70s. None of the more outré elements of modern jazz are present in this tuneful blend; in keeping with the Afro-Caribbean roots of the music, most of the chords are simple major and minor without the extensions so prominent in Western jazz, but this doesn’t mean the music is lacking in sophistication. Given the somewhat narrow harmonic bounds, all the players find interesting things to do within the framework.