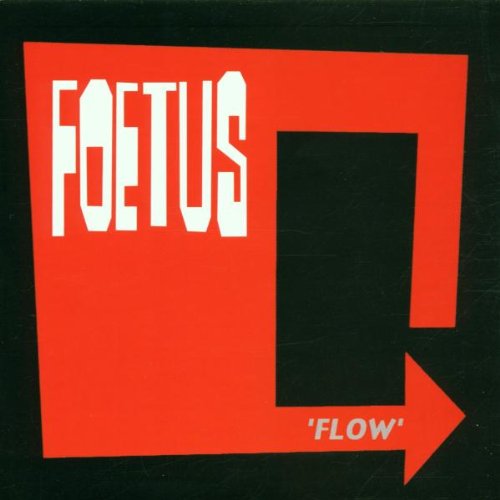 J.G. Thirlwell’s reputation preceded him like a plague, and I knew I had to be in the right frame of mind to listen to the kind of pounding, intense onslaught he dishes out. But eventually I had to listen to this CD; it’s my job. The surprise was how much I liked it. Thirlwell, under a variety of names, many involving the word “foetus,” was one of the founding fathers of industrial music. He produced nearly every sound on this record by himself at Self Immolation studios, and from listening, you’d swear the name is not merely symbolic. And while Flow probably doesn’t qualify as industrial exactly, it’s easy to hear a bit of this in Nine Inch Nails or any of the more popular conveyors of the heaviest of the heavy music. A couple of the songs sound (and I’m not making this up) like the Brian Setzer Orchestra possessed by demons, playing swing from the depths of hell. Then there’s “Kreibabe”: a very loud rock band is playing in the midst of the biggest lightning storm of the century. They work themselves up to a point of unimaginable frenzy, and the soundman kicks the PA into overdrive, all instruments at 11, just as thunder crashes. Then another band just as loud appears next to them. Thunder crashes. All musicians play as loud as possible, pounding, thrashing, screaming. Thunder crashes. It goes on for ten minutes more, leaving all spectators totally drained of all energy or emotion. It rains.