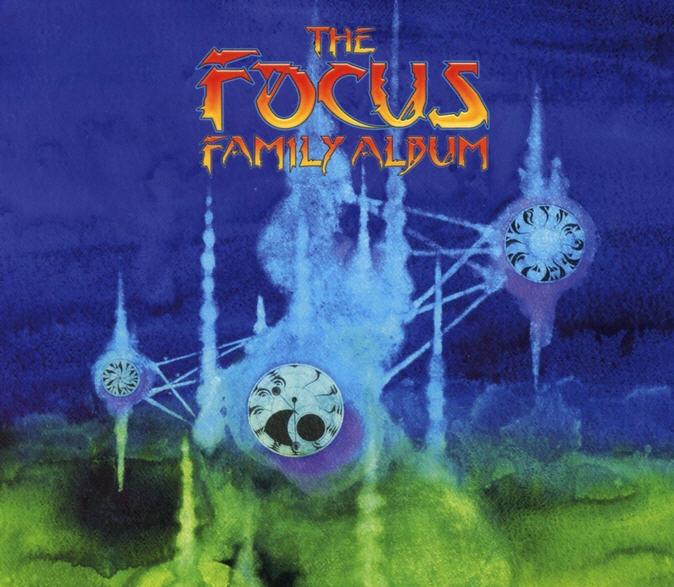 Focus had a solid string of great releases in the early 70s; any of the albums from In and Out of Focus up through 1974’s Hamburger Concerto is nothing short of a stone classic of definitive progressive rock, combining elements of rock, jazz, classical, and much more into a unique sound that was their own. And a big part of that magical chemistry was the compositional and instrumental power of the band’s leaders, guitarist Jan Akkerman and flutist / keyboardist Thijs Van Leer. After 1975’s Mother Focus, Akkerman called it a day and was subsequently replaced by a series of excellent guitarists — but that unique original chemistry was no longer a factor and the band sputtered out by the end of the decade. Twenty years later, in 1998, Van Leer put a new version of Focus together with a fresh group of musicians, playing all the old classics and assembling new material that would appear on 2002’s Focus 8 and a live album featuring the new players one year later. The band has continued uninterrupted since, with only a few lineup changes (including the return of original drummer Pierre Van Der Linden). Which all brings us to the double album at hand: The Focus Family Album is a collection of full band session out-takes and solo cuts by the various members of Focus from 2002 onward. Both discs in this set begin with solo flute pieces by Thijs Van Leer, then move on to tracks recorded by the full band – some of these are alternate takes or out-takes from Focus X (the alternates usually feature a different singer, either Van Leer or one of many guests), there are even a couple tunes from Focus 11 (which to my knowledge hasn’t yet been released yet). Interspersed with the ten Focus tracks are two solo pieces each by bassist Udo Pannekeet, drummer Van Der Linden, guitarist Menno Gootjes, and group pieces by Swung, a trio which features Gootjes, Van Der Linden, and earlier bassist Bobby Jacobs. While this may seem like a confusing array of odds and ends at first, the album really grows and reveals its beauty with repeated listens. Focus tracks like “Mosh Blues,” “Winnie,” “Five Fourth,” “The Fifth Man,” and “Clair-Obscur” are true gems, and the solo pieces provide unique insights into the workings of each of the band’s instrumentalists.