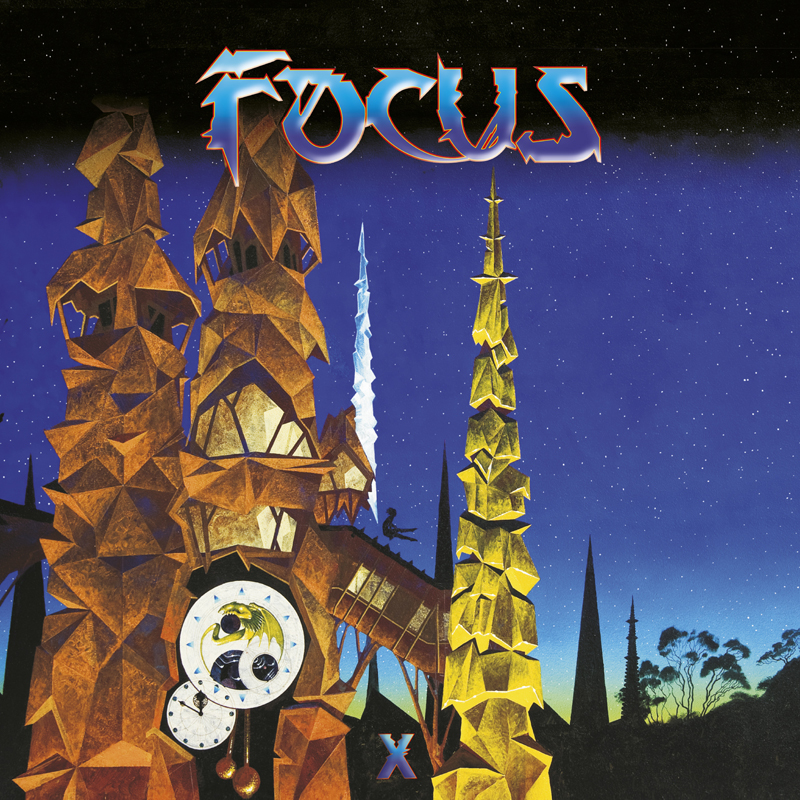 Focus today, ten studio albums and 40+ years on from their 1970 debut, is still very much recognizable as the same band, due to the long term guidance and helmsmanship of keyboardist, flautist, and chief composer Thijs van Leer. He doesn’t sing as much anymore (guest singers join for the one main vocal track, and the spoken parts on the jazzy closer “Crossroads”) and absolutely no yodeling, but his writing is stronger than ever. On board is bassist Bobby Jacobs, who has been with the band for a good dozen years, also serving as producer; drummer Pierre van der Linden, who played with the band on their classic albums Moving Waves, Focus 3, and Live at the Rainbow has been back on board since their last album, New Skin. The newest member is hotshot guitarist Menno Gootjes, the latest in a long succession of carefully selected and versatile guitarists to fill the jazz and rock counterpoint to van Leer’s classicism and funkiness in their sound. The album kicks off with “Father Bacchus,” a seemingly obligatory Gootjes penned re-take on the basic “Hocus Pocus” sound, but from there the disc gets a lot more interesting. “Message Magique” written by Ben van der Linden is a positively beautiful and overtly melodic classical piece with an unforgettable melody. Van Leer’s funky flute work and vocalizing come to the fore on the rocker “All Hens on Deck.” “Amok in Kindergarten” is another standout, offering a warm and melodic rock bridge between jazz and classical worlds, with cooperative piano and guitar work that begs for repeat plays. There are many more excellent works herewithin, and this may well be Focus’ finest album since the band reformed in the mid-90s.