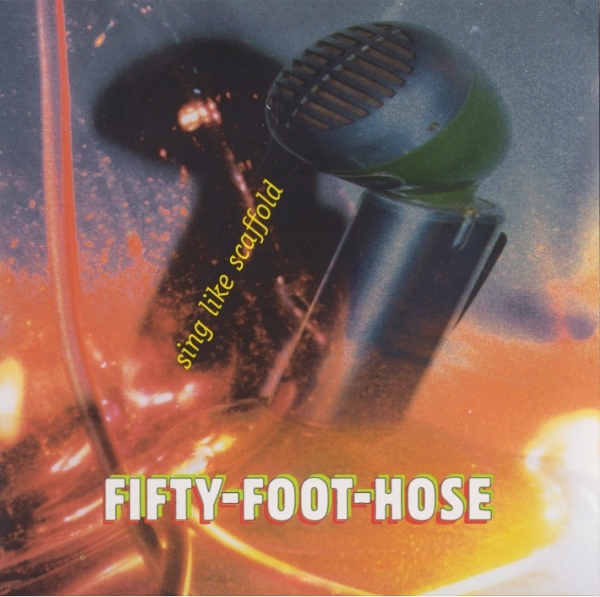 Fifty Foot Hose occupy that most rare of places, avant garde psychedelia, a mix very few bands have even attempted, let alone pulled off. The fact that they first honed their craft with their debut album way the hell back in 1967 certainly does loads for their credibility too. After that album, they went largely unheard for nearly 30 years, and have recently made a most auspicious comeback, culminating with this new effort. The pieces alternate more or less between slowly-paced space beats propelled by throbbing bass and fascinating, lengthy interludes of treated sound effects, often made by various clankity household objects – chains, saw blades, and who knows what else. Their treatment of sound-for-art’s-sake recalls the more adventurous work of the Red Krayola (who have also made a comeback after a 1967 debut album… howzabout that?). The vocal pieces (sung mostly by Elizabeth Perry, except for the comparatively more rockin’ and funny closing track, sung by bassist Lenny Bove) at times evoke Can, Red Krayola, or Two Foot Flame, or even the fanciful flights of Escapade. These songs drift loosely, with Perry’s low alto voice and constant details filled in by Cork Marcheschi, whose sole role in the band seems to be to make cool sounds with an Echolette, white noise generators, Theremins, saws, and “squeaky stick.” The instrumentals are even better, ambitiously crafted sound collages (unlike the Red Krayola’s more free form early approach) that don’t take you into space so much as they take you inside your mind. The best of these is “Volumetric Overscan,” which consists of multiple layers of what sounds like tin cups floating in water being hit with sticks, accompanied by electronic noises. Beautiful stuff – really, this was the track that initially made me sit up and listen. The entire album has grown on me since. Very highly recommended.