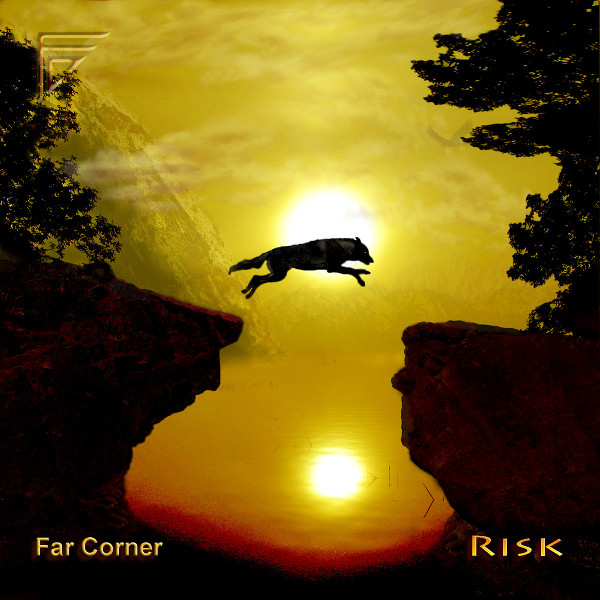 Hard to believe, but Far Corner is back after an almost ten year absence, and their new music is more powerful than ever, 13 compact tracks of angular and difficult twists and dark, dangerous melodic switchbacks. Every cut seems akin to a musical high-speed freight train about to jump the tracks at every turn — the listener needs to hang on for dear life, this is one wild ride! At the center of all this is keyboardist and composer Dan Maske, who wrote every track but one, and scored the arrangements for all. We hear piano, organ, synths, Mellotron (or a believable facsimile of one), and numerous other keys that underscore the seemingly limitless array of arrangements. Cellist Angela Schmidt gives the overall edgy style a definite connection to contemporary chamber music (as well as guest violinist Jerry Loughney who plays on three of the tracks), while bassist William Kopecky and drummer Craig Walkner connect the sound with the rock and jazz idioms. No vocals here anywhere. Maske’s compositions and arrangements are the work of a genius, with some evidence of the influence of Frank Zappa, as well as the classical-rock vision of ELP, but twisted into difficult and menacing forms, like crushing pillars and angles of steel and concrete, not a lot of soft pretty stuff here, but that’s okay, I wouldn’t want it any other way! One might also detect influences of Present, Magma, and Univers Zero in the fabric of their sound as well, just to name a few, but more of the Far Corner sound seems to be calling on the same 20th century classical ideas that many of the aforementioned have, just presenting them in a more powerful and imposing way. Kopecky’s use of fretless bass and Walkner’s aggressive propulsion give an additional kick and life to the overall complexity of what’s going down here. If you’re looking for symphonic proggy-prog, steer clear, but for the rest of us, Risk will not disappoint.