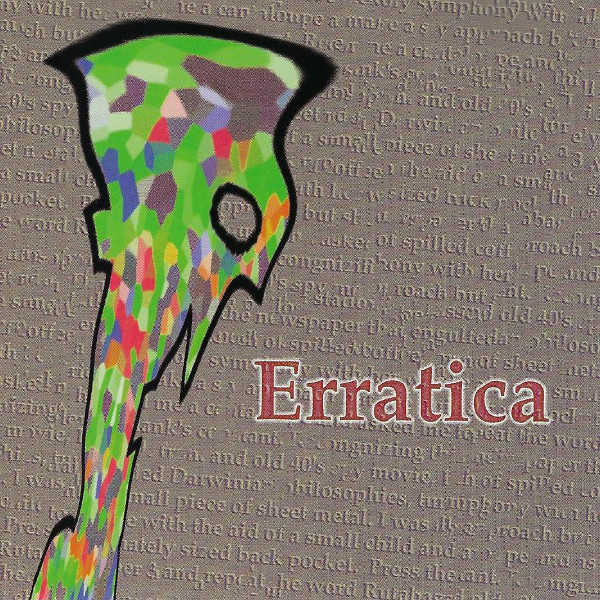 Erratica is essentially the solo project of multi-instrumentalist David O'Neil, one third of San Jose trio Industrial Soup. Much of the madness of that band's Flagrant Display of Subtlety disc is carried over here: a heavy Zappa influence, heavy and quirky odd-meter compositions, a heavily programmed keyboard driven feel, twisted lyrics, and unlikely vocal arrangements. Unlike Isoup, O'Neil is not confined to the limitations of the keyboards / drums / vocal format, and uses a number of other instruments here, as well as a variety of different keyboard sounds to round out the arrangements: Crunchy electric rhythm guitars (and even acoustic guitars on one tune), soaring leads, flutes, bouzouki, even tabla and sitar, as well as a number of different vocalists. The programmed drums are a minus, but not too far out of place given the very mechanical feel of most of the music. Definitely the music here covers a lot more territory, and while one still has songs with titles like "You Drive Like a Moron" and "Redneck Radio," there are a few not-so-manic pieces like closer "Dirige" and "Entropy and Inertia," which give a sense of variety to the album; we even have the "Passionate Love Theme from a Russian Spy Movie" — which is about as far as one can get from the typical Industrial Soup sound. On the technical end, this entire CD was produced using a single computer sound card! All taken, this one's definitely worth checking out.