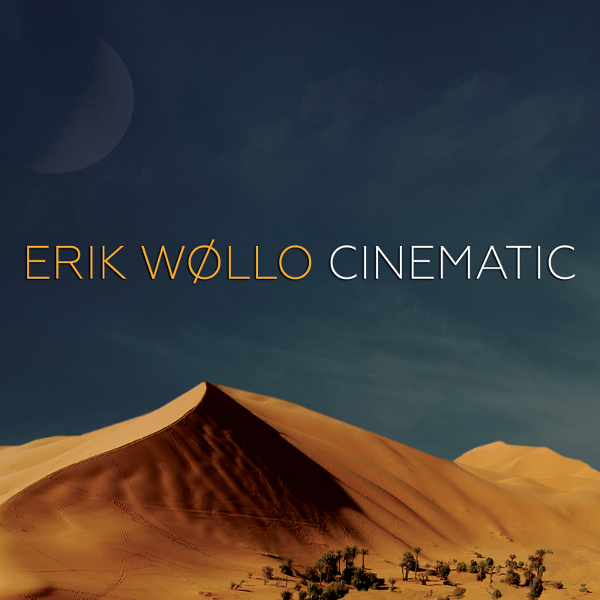 It’s pretty common to describe music as “cinematic” when it has a certain feeling to it, a kind of wide palette that somehow gives the impression that it would work well as the soundtrack to a movie, especially the kind of visually sumptuous, widescreen production you might see in a European film with beautiful cinematography and sparse plotting. We’re not talking about car chases and explosions here, but barren landscapes with stunning light and dramatic weather. Erik Wøllo has called this album Cinematic, so you know what his intentions are before even listening, and he delivers in a big way. These tracks were recorded over the period of 1998-2003 for various soundtrack projects — documentaries, multimedia, and so on. There’s a good balance between guitars and synthesizers, and many of the tracks feature percussive parts as well, so there’s plenty of opportunity for varying textures and tones. Atmospheric harmonics from the guitar, pulsing sequences, spacious floating chords from synths, echoes that drift off into the distance, all find places in this mixture. With this kind of variety, Cinematic satisfies close listening in a way that an ambient recording couldn’t, though it’s not obtrusive — in other words, it’s perfectly suited to soundtrack usage. But it can also function as a soundtrack to everyday life, for activities probably far removed from the music’s original context. The eight tracks range from just under four minutes to 8:36, and present a constant flow of ideas that gradually shift colors and moods over the course of just under 50 minutes. This modest length works as a strength, not overwhelming the listener with a massive time commitment. It’s a very pleasant way to spend an hour, and I’m sure Wøllo is available if you’re in need of a soundtrack for your next film project.