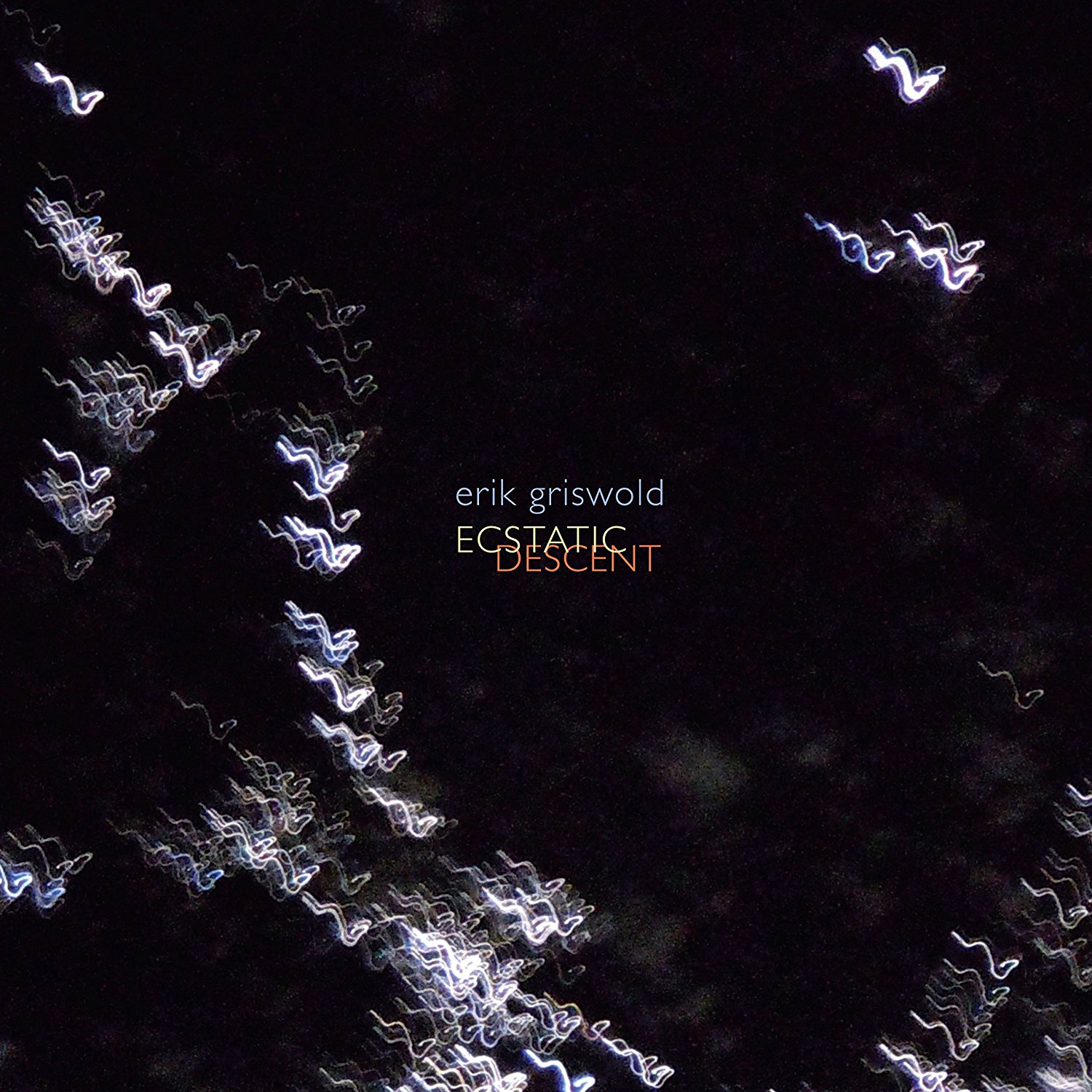 Griswold is an Australia-based composer and pianist, with a number of previous releases on the Australian experimental music label Room 40. His interests lie in hybrid sound combinations and unusual intersections of music and sound. Ecstatic Descent (also the title of the single 41-minute track) is his first release for Cold Blue Music, a creation on prepared piano, which in Griswold’s world means adding paper, rubber, screws, cardboard strips, and bolts at the harmonic nodes of various strings, changing the tone color and altering the pitch. Keys that are not used are taped down, or muted. The result is a piano that sounds more like a collection of percussion devices than a conventional piano. When I listen to this, I am reminded of a summer afternoon I spent resting in the parking lot of a Japanese nursery in Cupertino, California, windows down, in the immediate vicinity of several wind wheels that would trigger percussive sounds as they turned, rotating at different speeds and responding to changes in the speed of the wind by either turning faster, or sometimes stopping altogether. Here, as it did there, the sounds start gently and somewhat randomly, drawing your attention in, eventually encompassing more sounds at greater volume levels and a variety of different timbres, some moving more quickly and others managing at a different pace. There is rhythm, but it’s random and not at all periodic or unified for all sounds together, what the composer calls ‘rhythmic clustering’ and it seems to reflect many of the rhythmic patterns of nature. As the piece progresses and builds, more sounds joining those before them slowly build to a crescendo just around the 20 minute mark, then everything stops for a moment of silence, and then various elements of the percussive chorus reintroduce themselves and stop again at random intervals, much when like the gusts of wind would start and stop on that summer afternoon at the nursery. Ecstatic Descent is first and foremost an interesting composition borne of an alternate soundworld, but even if the listener chooses not to pay close attention, it is nonetheless relaxing and captivating on the subliminal level.