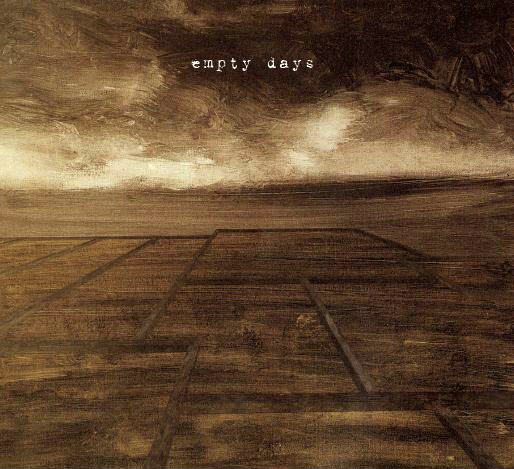 Guitarist and composer Francesco Zago is one busy guy. When he’s not working hard on new recordings for his main band Yugen, he’s busy turning out side projects for the AltrOck label at the rate of about four per year, either as a project leader and composer, or as a band member or guest player. With Empty Days, he is the primary composer and leader, who along with other members of Yugen (most notably pianist Maurizio Fasoli, keyboardist Paolo Botta, percussionist Giuseppe Olivini, and mallet percussionist Jacopo Costa) along with other players and guests has created an ambient medieval project around the voice of Elaine DiFalco (Thinking Plague, 3 Mice, Hughscore and others) who also sang on the 2010 Yugen album Iridule. But even though most Yugen members are on board, this is very far from what a listener would expect from that band, and thus deserves separate project status in its very own musical universe. Introspective medieval songcraft, featuring DiFalco’s voice often in multi-layered harmonies, are tastefully interleaved with ambient and explorative abstractions, creating a beautiful flow that is at once warm, dark, and textural. The vocal pieces are somewhere near folk music, but with an ancient feel, while the ambient instrumental interludes that tie them together can go just about anywhere, like gentle threads of sound intertwined with perceptual sonic fragments. To further underscore its aims, Zago has included two pieces by 17th century English composer John Dowland – “In Darkness Let Me Dwell,” and “Flow My Tears,” the latter featuring guest vocalist Rachel O’Brien. In all, this is a stunning and beautifully executed collection of songs and sounds that deserves to be heard.

Carmen - Fandangos in Space & Dancing on a Cold Wind – It's about time that these albums received a proper re-release after the butcher job the German Line label did with them in the late 80s (large parts of tracks missing, track indexes in the wrong...  (2007) » Read more