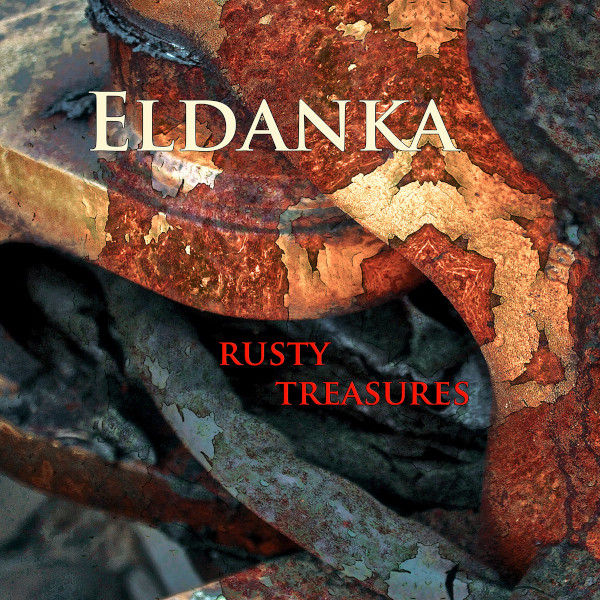 Eldanka’s second album in nine years might really surprise you if you have never heard of the band before, their instrumental music being an off-kilter cocktail of early-60s West Coast surf music, eastern European and Balkan folk music, with a touch of classical themes, spaghetti western soundtracks, spy movies, country, and the occasional hints of the Tijuana Brass, but mostly with less of the horns. Eldanka hails from quiet rural Finland (Toholampi to be precise) and the band features four players: Mika Jämsä is the lead guitarist, primary composer, and de-facto bandleader, rhythm guitarist Rasmus Tammik, bassist Mauri Haapamäki, and drummer Janne Torvikoski. Various guests join in the fun, track depending, on reed organ, tenor horn, flugelhorn, Moog Sub 37, Hammond organ, piccolo flute, and trombone, but mainly it’s the core four across these twelve tracks clocking in at a total of 37 minutes. Hard to really pick out any standouts without choosing them all — every song here is brilliant and only as long as it needs to be, never overstaying its welcome. “November” is the longest cut here at just under five minutes, starting as a mysterious bluesy number, rife with echoey studio effects that give hint to the long, dark Finnish autumn season, but about two minutes in, the Hammond appears and the mood and pace of the piece change completely, now seeming much like the soundtrack to a western movie, but ultimately returning to that bluesy intro. “Jopo – The First Ride” is a joyous piece that seems to be stylistically lifted out of some elements of early-60s surf music, maybe something the late Dick Dale might have conceived in an alternate universe. “Paranta Beach” similarly takes a south-of-the-border detour on a southern California surf model, with horns straight from the streets of Tijuana, and would have sounded great on any early Herb Alpert album. Opener “SUP Rider” was written by bassist Mauri, a fun piece that’s constantly shifting gears as it proceeds, SUP-boarding being an increasingly popular pastime on Finland’s still lakes. “Treasure” makes the best of of the slappy guitar effects in its intro until it launches into a full-on over the top guitar romp. Rusty Treasures isn’t trying to make any grand statements, just many small interesting and timeless ones that make it an album that continues to deliver and never grows old.

Energipsy - Tamborea – This one sounded quite promising... a mixture of flamenco and fusion? With a wonderful heritage of bands such as Iceberg, Triana, Guadalquivir, and Gotic the Spanish fusion scene has been extremely...  (1999) » Read more