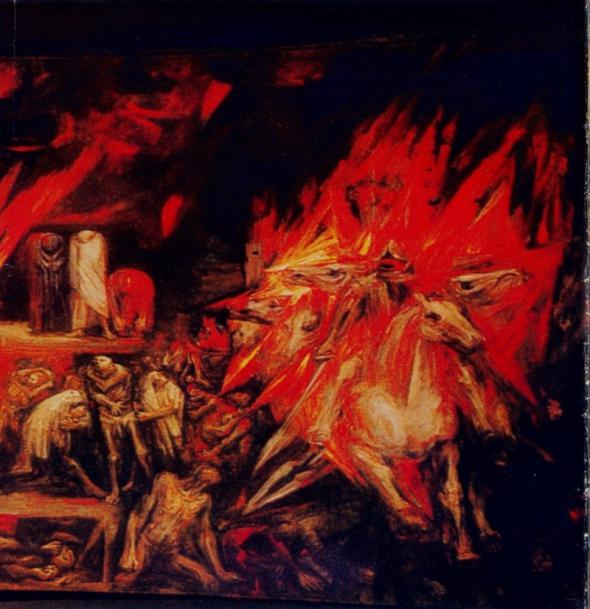 Two alumni from Iconoclasta (the drummer and guitarist) team up with ex-Chac Mool / Via Lactea keyboardist Carlos Perea and a bassist to record this CD of short instrumental prog rock tunes. If it weren't for the odd digital keyboard sound, this CD almost could have been recorded in the 70s, and few would ever know. I wouldn't. Overall these loosely arranged workouts serve as a vehicle for the star of the show: guitarist Ricardo Echeverría. His fuzz-sustained lead work and sinuous melody lines dominate the entire album. The keyboards play a secondary role, and never come to the fore, though Victor Moreno's drumming shines throughout, engaging Echeverria in an endless chase to and fro. The general atmosphere recalls Tangerine Dream's rock format explorations such as Force Majeure, but they step foot on other shores as well. Moments of the Spanish-flavored "Fundación" and "Espiritu Volátil" reminded me of Granada. These stood out next to some of the more by-the-books material. After six or seven songs the spare instrumentation began to wear a little thin. Conquista y Destrucción may not set the world on fire, but it's effective nonetheless. Put this one on when you're in a guitar mood.