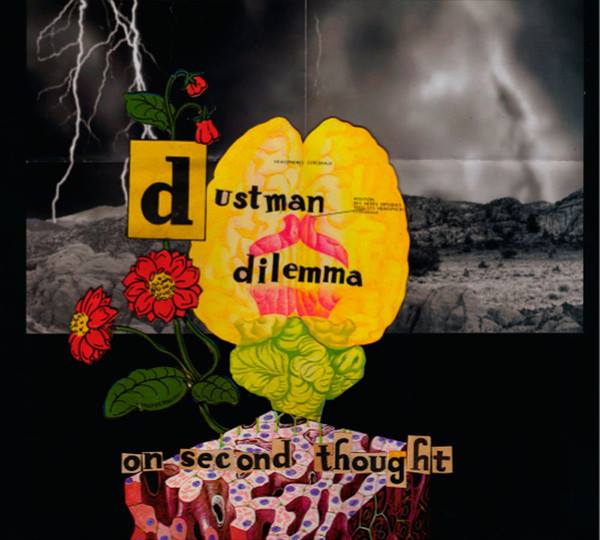 I hadn’t heard anything about this band before receiving this promo out of the blue (and by the title, this is obviously their second release); in some ways that’s good, no expectations of any kind, and totally open for a surprise, which this definitely is. The band is a six-piece from France, the members (all with first names only) playing drums, keyboards, saxes and clarinet, bass, violin, and contrabassoon, the drummer (Nico) is also the singer on the four tracks that have vocals with lyrics, the recording engineer is the keyboardist (Pierre), and the drummer also did the mixdown. The opening title track runs a good seven minutes and opens with only a dark menacing keyboard figure, soon joined by multi-tracked voice (all lyrics are in English), reminiscent of a shoegazer style, but after the first verse woodwinds, bass, and percussion join in the fun and soon we dispense with the vocals and are marching into early King Crimson-like territory, with all the players pushing the limits. The sax player (Sam) is the band’s powerhouse throughout the album’s arrangements, seemingly driving the entire group to higher and higher levels of energy, while the bassist (Virgile) and drums maintain a superb bottom end along with contrabassoon, though they have the good sense to disengage occasionally allowing the mood to go introspective and reflective. The two tracks that follow the opener are shorter numbers and are purely instrumental, showcasing different sides of the band’s work, as they delve into dark jazz-rock and odd meters, continuing through to the next vocal piece, “Beyond the Veil,” where odd grooves rule the night. “Back and Glad” starts with a powerful blast of woodwind action flanked by mallet percussion, all morphing into a euro-folk style that reminds me of Debile Menthol at times, the unconventional and dark vocals juxtaposed with powerful and edgy eruptions of winds, carrying through to the song’s coda. “Definitely Hammered” (instrumental) and “Foresigh” (vocal closer) form a nearly 15 minute bloc of music containing some of the most adventurous improvisation to be found here. The long and the short of it is there is a lot more here that’s hard to describe in words, but listeners who can appreciate the edgy side of sax-driven early progressive rock should waste no time in seeking out this gem.