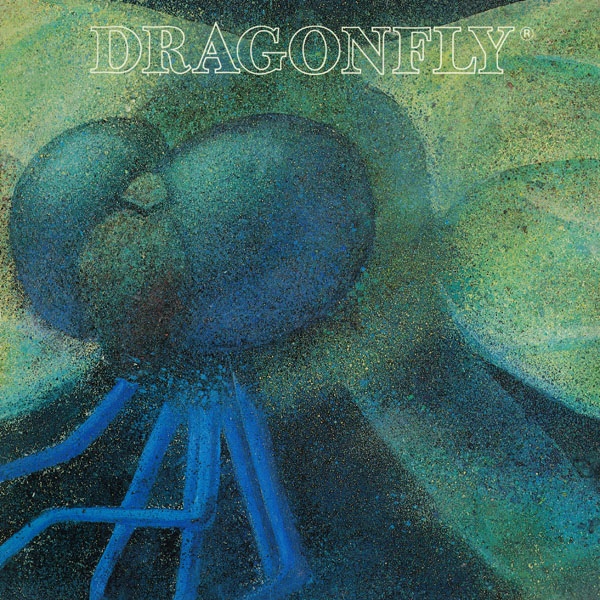 Not to be confused with the American early-70s band of the same name, this is the long awaited reissue of the Swiss keyboard masterpiece, with a full 23 minutes of superb bonus material added. Dragonfly were a five-piece of guitar, bass, drums, keys, and dedicated lead singer. Despite the prominence of Markus Husi's pianos, Hammonds, and synths, this is still very much a group effort, with each player pulling their share. The band seems comfortable in a number of different settings, from harder rock to soft ballads to the lengthy multi-part opus. Vocalist René Bühler sings in English throughout (save the two instrumentals), and – despite the track record of most Swiss bands – his vocals are fairly decent, especially on the harder rocking tracks. The accent is clear, but the pronunciation and lyrics (provided by a lyricist outside the band) are fine, certainly as good or better than Grobschnitt, Anyone's Daughter, Machiavel, and any number of others. The album kicks of with a fairly accessible rocker "Behind the Spider's Web," which could easily be compared to some of Tull's War Child era, sans flute. Going even further, the original side-one closer "Willing and Ready to Face It All" is an out-and-out balls-to-the-wall hard rocker, although the spastic vocals in the midsection slow it down a bit. Nice synth solo, Markus! Second track, "Shellycoat," is a seven minute instrumental full of bright and colorful synth work and tight playing by all, recalling PFM's "Celebration." Following that is "You Know My Ways," a sappy love ballad with nice piano backing, certainly no worse than some of Greg Lake's crooning on his side of Works. "Dragonfly" is a sidelong opus of many parts and changes, mostly in a quieter more expressive style, the predominant instrument being Husi's Steinway grand piano. If you liked ELP's "Take a Pebble," then you must have this! The two bonus tracks are good enough to match the rest of the material (and even follow the title track without being a letdown). "Humdinger" is a spunky seven minute instrumental, and "The Riddle Princess" is another beautiful sidelong multi-part opus recorded two years before the rest of the album. In all, a worthwhile reissue that many are sure to enjoy.