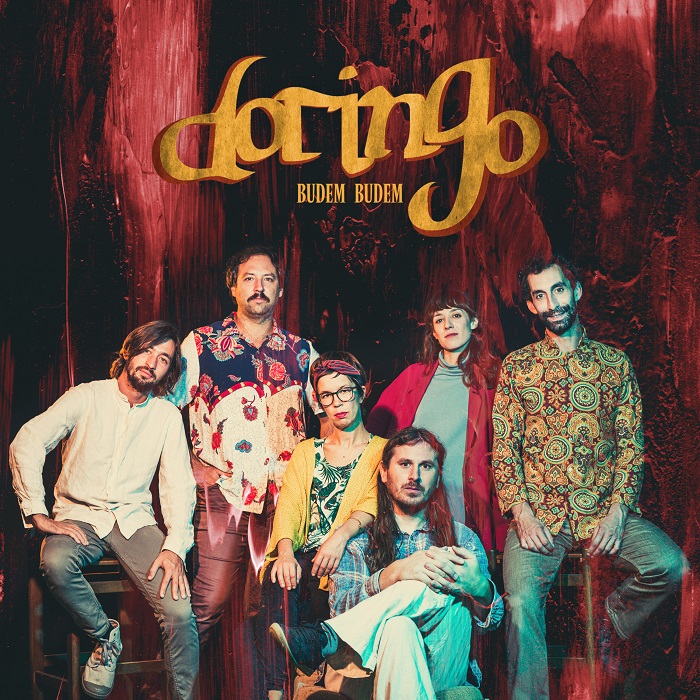 Doringo is a band from Zagreb, Croatia, and also the name of the band’s guitarist, primary songwriter, engineer, and much more. When we last checked in with the band following their 2020 release Gužva u Svemiru, they were a trio, including bassist Mihovil Jurdana and drummer Damir Mihaljević, with other players guesting on this track or that. For their latest 2021 album Budem Budem, the band has expanded to a six-piece, including some of the guests on the previous record: saxophonist and flutist Mak Murtić, violinist Lucija Stanojević, and flutist Nika Bauman is present on about half of the cuts, and there’s guest solo guitarist Orjen Riđanović on a couple cuts as well. The band is all the better for their expansion, sporting a sound that is far more engaging and multifaceted compared to their earlier work. The eight instrumental tracks here are still rock-based, but often involve elements of jazz, funk, world music, traditional, and folk, all served up in a powerful stew of ideas that tend to eschew categorization. One of the most impressive tracks is “Zdravo za Gotovo,” where a funky groove is first led by shakuhachi (Japanese flute), then followed up by a sax solo, then back and forth again over the song’s five-and-a-half minute duration. Violin leads the way on the jazz-infused folk number “Tri Probe Tjedno,” though every player gets an opportunity to shine. Doringo’s guitar tends to be intricate yet unobstructed by effects throughout, while Mihaljević and Jurdana give the band amazing support from the rhythm section. Offering a more jazzy feel, even bluesy at times, with guitarists Doringo and Riđanović playing off one another, “Tepsikord” rocks and sways with a beautiful spirit that features intermittent blasts of shakuhachi and violin as coloration during the breaks for maximum effect. There’s definitely a lot more going on this time out as a result of the expanded lineup, and every spin reveals new secrets.