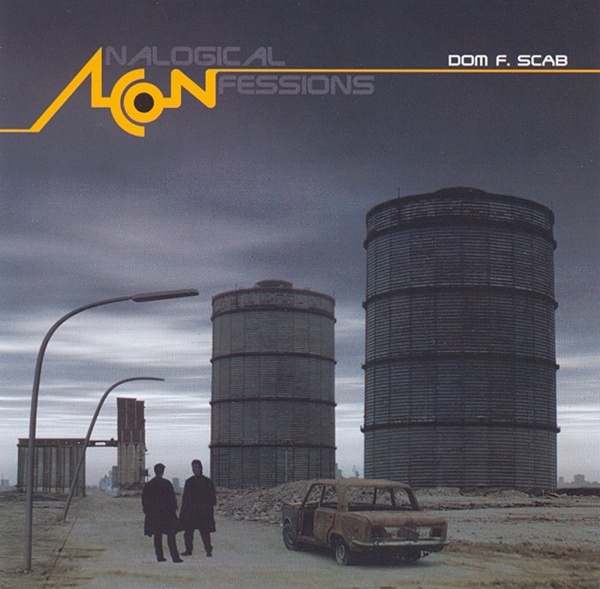 Dom F. Scab is Spain’s answer for Tangerine Dream fans who wish they still sounded like they did in 1985 or 1986, right when they transitioned from Johannes Schmoelling to Paul Haslinger. His CDs have been remarkably consistent, always featured tight compositions and razor-sharp, crisp sequencing that bubbles and bounces along. It’s infectious and it’s fun. Dom’s signature sound has changed little, but that’s okay because it continues to sound very good. “After Secrets” is a great opening track title, an apparent reference to his prior CD, Binary Secrets. Effervescent as always, the piece moves along quickly. An even faster sequence is brought to bear in “Insomnia,” as we can feel the restlessness of a sleepless night. Again, Scab’s sequencing is nothing short of fantastic. He keeps the energy high throughout, with occasional divergences into more atmospheric pieces like “Materia Obscura,” a brief but very worthwhile journey. Scab varies the tempo nicely in “Cuerpos Celestes,” starting off mellow and moody but ending up with more sequencing, though a little more laid back than the rest. Another strong offering from Dom F. Scab.