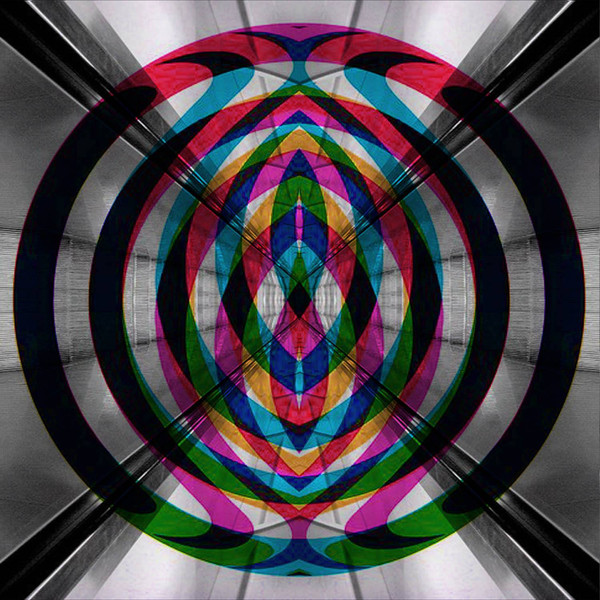 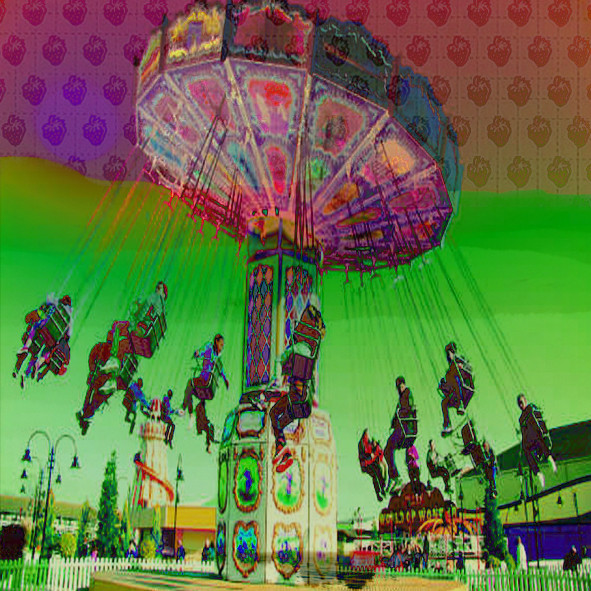 My musical journey changed after chasing down a live Alio Die CD to a UK label known as Txt. Txt was run at the time by Autumn of Communion’s Lee Norris, who also released the music of many other artists including Matt Hillier (Ishq). What I discovered was a collective of musicians working all over the electronic map and breathing a lot of fresh air into styles that range from the experimental and abstract to ambient music and heavily kosmische-inspired electronics that often coincide with Berlin school sequencer music. Dividenthal and Aumgn (perhaps not necessarily in this order) is essentially a new pseudonym for Norrris and Hillier, one adopted after Ishqamatics and Plank & Ishq, and usually a new name for this pair (or each individual for that matter) augurs in a change in direction. This time, a major inspiration seems to be from the most idiosyncratic of the original Tangerine Dream members, Conrad Schnitzler. Schnitzler was probably the most prolific artist of the three and released an incredible number of albums until his passing, including some of the most uncompromising experiments you will ever hear. And given that a third Dividenthal and Aumgn has been announced for November and that the first title here is a double, we’ll literally end 2018 with well over four hours of new music from this duo. I would like to think Con would approve.

3-Methylmorphine Melt is a double CD in its own right, the first salvo for Norris’ new Zeit label. What we have here is a marriage of Schnitzler style experiments and more kosmische-like elements fed through the developing imagination of two talents who have worked in so many different fields. In a lot of Berlin school music, sequencers act as the backdrop for the sound, here sequencers are just as likely to charge madly out of a speaker like tiny modules or pulse weirdly like some sort of alien artifact. There are lots of warm tones throughout, many of which remind me of similar sonics used by the Roedelius-Moebius-Eno collaborative except existing in a much different context here. The second disc moves into, perhaps, more atmospheric work with very subtle droning with some basic and often unexpected pulsing. The careful attention to these tones and their analog depth is what makes these albums the adventures they are. Even after a second and third listen you notice new things about the sonics. I listen to a lot of electronic music that tends to match the expectations I have for it; however, the music of these two practitioners always comes with surprises and keeps me wanting to hear what comes around the bend next. This is really a highly uncompromising album, one that will reward those looking for something challenging and unusual.

Strawberry Ergotamine seems more akin to the previous album’s second disc and explores a more delicate, subtle, if not somewhat ambient side of the experimentation, with occasional bursts of weird Schnitzler-like activity. The sound sculpting on the album exists on quite a few levels, deep but fleeting bass pulsing, a far off reminder of some distant melody, some glitches at times, lots of little clusters of melody and a plethora of analog creative soundmaking. It’s all sort of ordered at a kind of low roar which creates something of a relationship akin to a psychedelic state. Overall, there’s a slightly foreboding, if essentially harmless, sort of vibe that reminds me of the way moods and energy can shift under the psychedelic experience and the music follows suit, new event after new event. Strawberry Ergotamine ends up being perhaps both a little more inside and a little more outside than the debut and shows best how these musicians absorb their influences and create a new vision out of it. There’s really no album out there quite like this one.