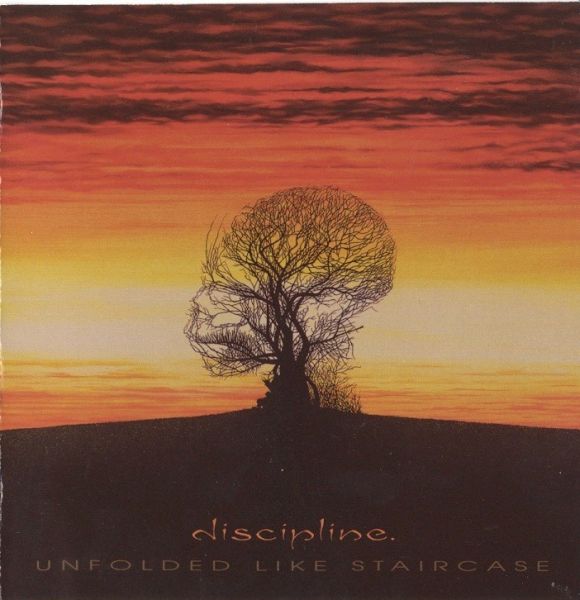 The last time I played this CD wasn't too long ago, around the time the band's long awaited (and fantastic) To Shatter All Accord came out. Unfolded Like Staircase is perhaps a really good example of how excellence can sometimes transcend genre. In some ways, the band's style has a similar mix to the way the original Marillion got their sound from a combination of influences from Van der Graaf Generatior / Peter Hammill and Genesis, with a really strong concentration of themes of suffering and melancholy, which was something that might have appealed more to my teenage / early 20s self than anything afterwards. But there has always been something about the songwriting when it comes to this particular lineup that makes their sound so accessible; Discipline always managed to really create a nice blend between the vocal and instrumental segments, with all sorts of memorable themes that gave it a high replayability factor. Jon Preston Bouda's guitar work always seemed to be an anchor that grounded everything around it, often a ray of light in a sea of hopelessness that gave the music a lot of depth. It still holds up after all these years and now they've made a true and worthy follow-up to it, they've cemented themselves as one of America's best symphonic rock groups.