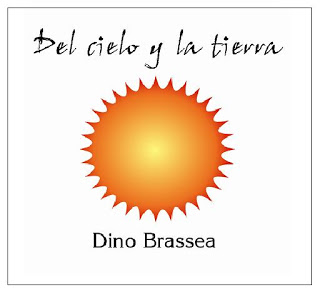 Dino Brassea is known to many through his long relationship with Mexican prog rockers Cast. His voice and flute playing have been one of Cast’s trademark ingredients until recently when he stepped away from being a full time member and now functions as more of a guest contributor. For his debut solo effort he’s pulled in some old mates from Cast’s past, Francisco Hernández (guitar), Rodolfo Gonzáles (bass), and Enrique Slim (drums), though for the most part Brassea himself handles all vocal and instrumental chores (including electronic drum programming, unfortunately). He acquits himself well on all fronts and demonstrates talents I never knew he had. As for the songs, those familiar with Cast’s brand of symphonic prog will likely warm to these nine tracks. If anything this album has a closer tie to older Cast music where the Genesis and Yes influences were more evident, though nothing here is a direct lift. Progressive rock fans will enjoy songs like “Palabras” or “Quetzalcoatl” that weld copious synths, stirring vocals (all in Spanish), and fluid guitar leads to heroic and grandly orchestrated arrangements. A more pastoral side of Brassea is revealed on the songs “Aprendiendo a besar” and “Padre Sol, Madre Tierra,” the latter influenced by Jon Anderson’s 90s solo work. A bit more flute, as seen on the Tull-flavored rocker “El fracaso del profeta,” would have been nice, but this collection still has lots to offer and reveals Brassea to be a talented guy, whether he’s part of Cast or not.