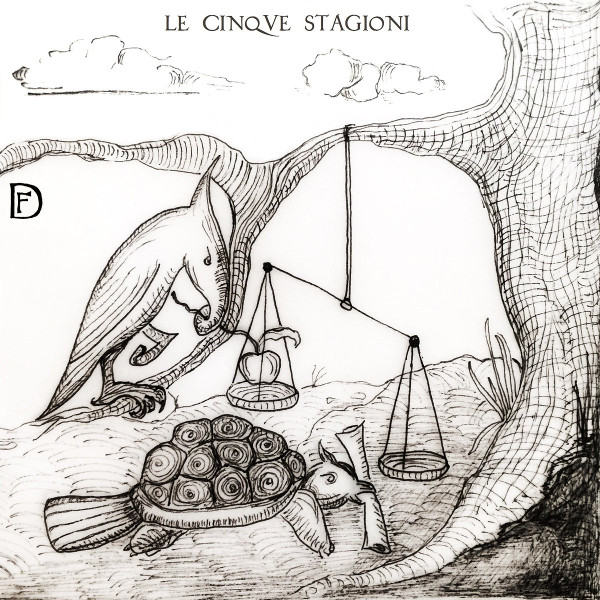 Der Finger is a band from Moscow, Russia who play avant-free, dark jazz, noise, and psychedelic improvisational music. Their new album, Le Cinque Stagioni, is a set of five instrumentals that represent the five seasons of the Illuminati Calendar from Robert Anton Wilson’s Illuminati trilogy. The tracks are named according to their original German names for these seasons, each 73 days long, representing developmental stages from complete chaos to SNAFU and so on in an endless cycle. Der Finger is the trio of Anton Efimov (bass guitar and effects), Evgenia Sivkova (drums and saxophone), and Edward Sivkov (bass clarinet, saxophone, and domra). And the music on Le Cinque Stagioni is five long improvisations with a heavily distorted guitar drone foundation, at times rhythmic, supporting saxophone noodling. The amorphous nature of the music, endlessly cycling from chaos to order to chaos becomes boring. In point of fact, I found it difficult to stay awake when listening to this album first thing in the morning after a full night’s sleep. Definitely a cure for insomia! I suppose this album would work great as background music, but, caveat emptor, do not attempt to listen to this when driving long distances in you car, especially at night. You may never reach your destination.