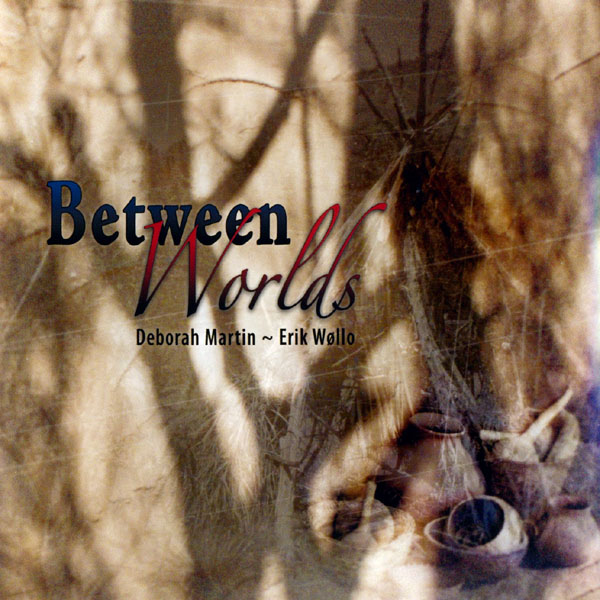 The worlds in this case are the spirit world and the physical world, the bridge between them according to Native American beliefs are the ritual, the healing and the magic, and on the music presented here that bridge is the focus. Composer and synthesist/percussionist Deborah Martin (recent works include Deep Roots Hidden Water, Convergence, Anno Domini, and others) and Norwegian composer/guitarist Eric Wøllo (recent releases include Wind Journey and Blue Sky, Red Guitars) have teamed up to create this hallowed cinematic soundscape using numerous field recordings of Native American chanting and instrumentation blended into their twelve original compositions. Steve Roach is also on board for about half of the cuts – this is definitely an area he understands well and has worked many times before – as well as several additional percussionists, track depending. Martin adds her lyrics and vocals to a couple of the cuts. Each of these pieces is presented as a sketch of sorts built up using ideas that are integral to conveying the experience, some are more stark and percussive based, while others are more melodic, blanketed in the warm synth tones that Spotted Peccary productions are best known for; these are balanced and flow together nicely as the proceedings evolve, making for a dramatic listening experience that almost needs to be taken as a whole. Recommended.