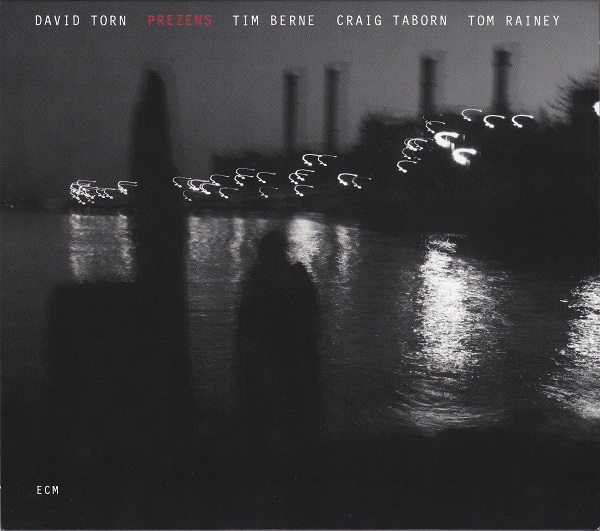 Guitarist David Torn's return to the ECM label is surely a testament to the man’s desire to push forward. His long time collaborators (Tim Berne and his Science Friction band of improvisers) provide a boiling hotbed of steamy jazz, free playing, and live sampling across the disc as the composer’s raw material. Torn isn’t as interested in the guitar as lead instrument — rather he’s apt to use it as a sword-like triggering device to spit out gritty fuzz laden textures. The disc opens with a 60s feel due to keyboardist Craig Taborn channeling Larry Young’s Hammond B3 style. The guitarist’s role as audio ring leader is prominent in the loopback and sampled recited prose of “Rest and Unrest” and “Ring for Endless Travel.” The former track features backwoods acoustic blues layered with unusual synthesizer leads. Berne’s own cough-and-spit playing across the disc delivers a consistently volatile and abrasive air. For guitar enthusiasts there is the brief “Them Buried Standing” where a real-time sampled Frisell-like phrase is well-played. Other notable pieces include “Bulbs,” which drives in a direction toward Bill Laswell’s audio experiments with Praxis and “Sink” where most of Torn’s wailing leads are unleashed. In closing, it’s great to hear Torn leading this inspired group; too bad the tour never materialized to take it all to the next level.