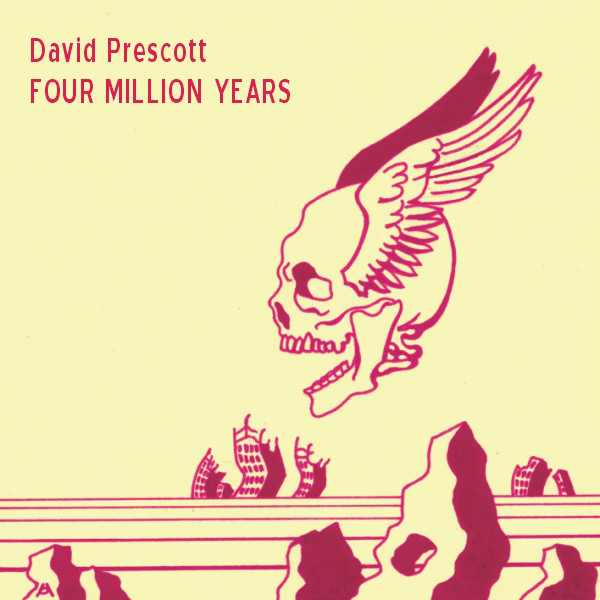 In the 80s, the Auricle cassette label put out four titles by American synthesist David Prescott. In an era where Berlin-school (Tangerine Dream, Klaus Schulze) music is plentiful, widespread, and largely excellent, it's difficult to remember that in the 80s it was a lot rarer, but in some ways it was also far less played out and much more original. All of the four David Prescott titles on Auricle are excellent, but pride of place goes to the first of these titles (it wasn't quite Prescott's first released title, but it was very early), Four Million Years. Comprised of two nearly half-an-hour long excursions into spacy synths and occasional but impressive sequencing, this cassette managed to balance effects with subtle but not overwhelming dominant melodic content, flowing through various phases that are always kept moving along. This isn't sleek or refined music, but it's largely improvised, very imaginative and chockfull of great sounds and ideas, with the kind of unique take on the genre that's a lot rarer in the current era where newer equipment makes the sounds of the 70s a lot easier to duplicate. Personally, I think all four titles should have much larger exposure, and although these cassettes have only been transferred to boutique CD-R reissues, I still think these are really worthy of the time for those who like this style of music and highly recommend picking them up, as they've been nicely restylized to include the very cool original artwork and they sound as good as they ever have too.