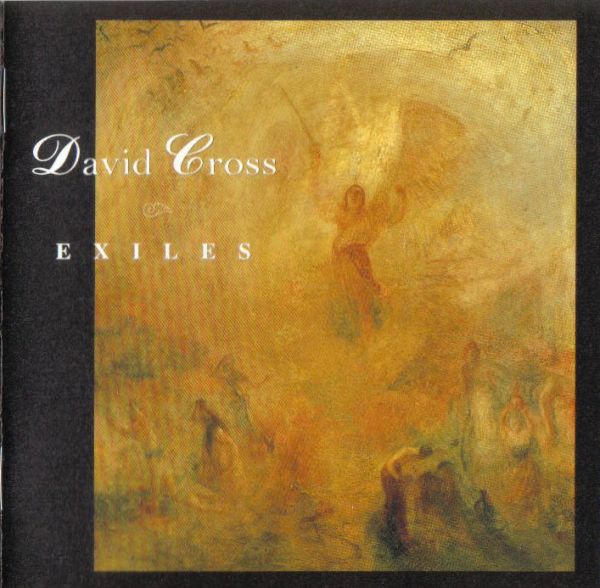 Treading on the remnants of your Crimson past can be a vain attempt to recapture or rejuvenate interest in your modern endeavors. Happily I can relate David Cross' new solo work, Exiles does not lapse into the typical reunion trap. Cross has gathered a stellar cast including Robert Fripp, John Wetton (vocal on three tracks) and Peter Hammill (vocal on two). This is the fifth project (beginning with Low Flying Aircraft) by Cross and group collaborators Dan Maurer (drums) and Paul Clark (electric guitar). The disc opens with a rockish re-working of "Exiles" from Larks' Tongues in Aspic, which is faithful to the original except for the hypnotic synth intro and outtro. There are two standard band line-up instrumental tunes: "Slippy Slide" (with a fluid sopranino sax solo), "Hero," and "Fast" ( an aggressive fusion-esque interlude). Other notable tracks are: "This Is Your Life," marking the first time Wetton has sung a new Sinfield lyric, a mid-tempo ballad. Although Cross' violin is understated most of the time, his playing is appropriate within the songs' context. "Tonk" and "Troppo" recall overtones of Fripp's Exposure album and the outstanding Sylvian / Fripp project: aggressive Hammill impassioned vocals amidst a blazing piercing lead guitar. Also featured is a Fripp / Cross duet on "Duo" with an elegant solo violin swaying across a surreal soundscape. Exiles merits as a balanced work in the now burgeoning list of excellent Crimson solo member recordings.