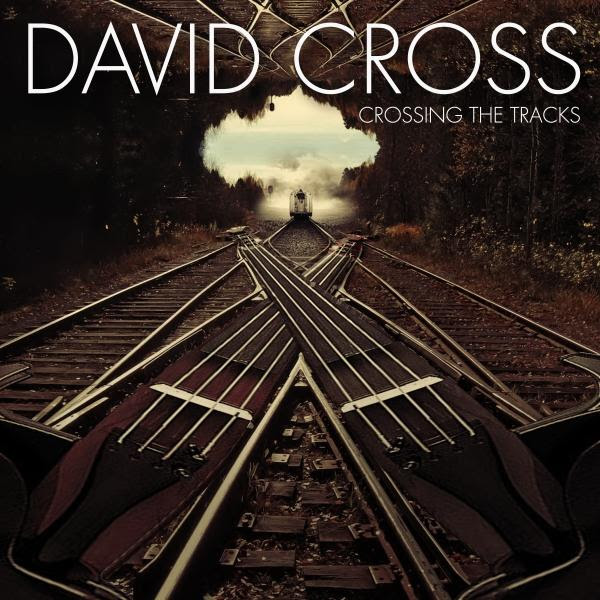 As I understand the story behind this new release by veteran violinist David Cross, Cleopatra label head Jürgen Engler presented the musician with 12 tracks of music, giving him the opportunity to add anything he wanted. Several of the tracks feature vocals, with contributions by Sonja Kraushofer, Anne-Marie Hurst, Ofra Haza, Kimberly Freeman, Marion Küchenmeister, and Eva O — of these, Ofra Haza is the only one I’m familiar with, and seeing her name in the list is surprising, given that she died in 2000. There are some familiar tunes in the set, including “White Bird,” “For What It’s Worth,” and “Hallelujah,” as well as a number of pieces credited to Engler, Chris Lietz, and Cross. No other musicians are listed, so I’m assuming everything except the violin and vocals is performed and/or programmed by Engler and Lietz (who are bandmates in Die Krupps). Stylistically, the music tends toward modern electronic sounds, though not of the dancefloor variety, with some touches of world music, not far off from some of the things we’ve heard on the Projekt label. In spite of the inclusion of two classic songs from the psychedelic era, there really isn’t a hint of psychedelia to these arrangements. “White Bird” is of course a staple when it comes to violin in rock music, and this version works pretty well, though comparison with the original is unavoidable, and I’m left wondering what the point was in covering it. The keyboard-heavy arrangement provides somewhat sterile backing to a good vocal effort by Sonja Kraushofer and some nice violin from Cross. “For What It’s Worth” fares a little better, since it’s more of a departure from the original. Here, swapping David Crosby’s vocals for those of Ann Marie Hurst is an obvious change, and Cross contributes much more in the way of string arrangement. His wah-wah soloing is a lot of fun. Leonard Cohen’s “Hallelujah” is one of the most covered songs of the 20th Century, and it’s widely regarded as a trap for singers — when done well, it can be stunning, but doing it well is beyond the capabilities of most singers. Here it’s presented as an instrumental, so the failing can’t be blamed on a singer. In this case, I’ll just say it was a bad idea to do it this way, and even Cross’s talents can’t save the overdramatic arrangement and plodding tempo. The two tracks featuring Ofra Haza’s voice I find conceptually challenging, as there is no explanation of how they came to be. Were they done with the permission of her estate, or just vocal samples repurposed without asking? That being said, the tracks are quite listenable, and Haza’s parts are little more than vocal flourishes adding a splash of flavor to Cross’s multiple parts. The instrumental tracks are generally strong, allowing the violin more room in the spotlight, and Cross doesn’t simply provide lead melodies, but works in some lovely arrangements of interlocking parts and harmonies. The blandness of the backing tracks is occasionally a detriment, and I can certainly imagine that this music would have been more interesting if it had been played by (for example) the excellent band Cross worked with on his recent collaboration with David Jackson.