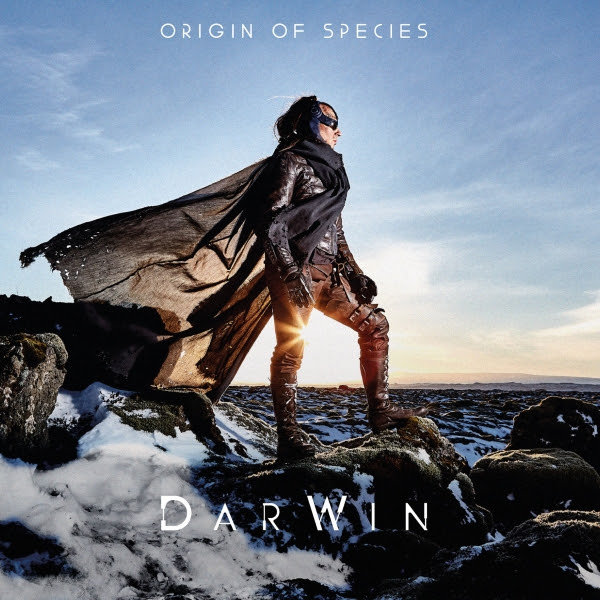 “We have sufficient computational power to establish control over all networks and computers on Earth.” So begins the epic concept album Origin of Species by DarWin, with a computerized voice declaring its intent to fix the ailing planet. The promotional material for the project features drummer Simon Phillips almost exclusively, telling the story of how DarWin approached him with a proposal to produce an album. Who is DarWin? I have no idea. In addition to production, engineering, mixing, and drums, Phillips handles some keyboards. Well-known session man Matt Bissonette plays bass and sings; other contributors include Ernest Tibbs (bass), Greg Howe (guitar), Dennis Hamm (keyboards, Phillips’ bandmate in Protocol), Jeff Babko (keyboards), and several others. The music fits into the category of modern epic progressive rock, full of big sounds, orchestrations, metal-inflected guitars, and lush keyboards. While the story dominates the project, the songs work as individual works, with the notable exception of “Gummy Bear,” which does not work, but not because of the concept — it’s just an embarrasingly stupid song, probably intended as a lighthearted respite from the serious story of humanity’s destruction of our planet. Like much of Billy Sherwood’s work, it sounds great, with impeccable audio quality, superb performances, and leaves me cold. Origin of Species is exactly the kind of music that appeals to many fans of progressive rock, and I’ll be generous enough to say that it’s the result of sincere effort and artistry rather than calculation of audience taste. Certainly we all know that this kind of music isn’t going to hit the top of the sales charts, so I’m pretty sure those involved aren’t expecting to get rich off of it. Still, it’s impossible to hate music that is so well made, and Simon Phillips’ drumming is outstanding, so I hope DarWin finds his audience.

Secret Saucer - Element 115 – Deflector shields up! Arm photon torpedoes! Secret Saucer is about to attack! Coming together from different parts of the galaxy, members from the premiere US Space Rock bands were locked up in a...  (2007) » Read more