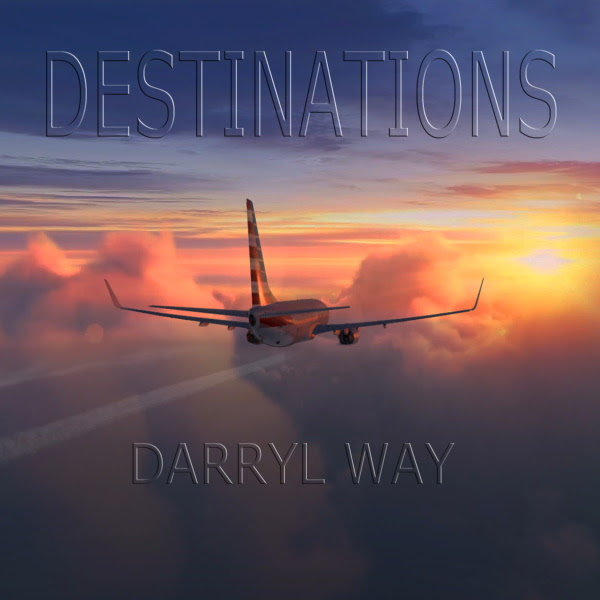 Everyone reading this should be familiar with violinist and composer Darryl Way. First, three albums with the original Curved Air, then three albums with his own band Wolf, then back to Curved Air for three more albums with later lineups, then starting in the late 70s, about a dozen more solo albums beginning with his Concerto for Electric Violin and moving onward through various solo endeavors, ensembles and collaborations (Under the Soft from 1991 is a personal favorite) and ending up right here with his latest Destinations from late 2019. This is an all-instrumental outing where the ten tracks are supposed to convey images of, in a strictly musical sense, ten destinations where one might find themselves. Throughout, Way is accompanied by bassist Richard Mead and drummer Pete Skinner, with Way taking care of the rest on violin and, for the first time, guitar. Sadly, the first two cuts, “Downtown LA” and “Metropolis,” are two destinations I probably don’t ever want to be in, consisting of punchy, poppy rock (even with police sirens in the background in parts), although Way acquits himself surprisingly capable on his new instrument guitar on the opener, returning to mainly a violin sound on the second cut. With those two out of the way, the album shifts to a set of compositions that confirm what he does best: tasty, somewhat romantic-flavored pieces that highlight a gentle, yet powerful violin-driven style hovering somewhere between classical and rock, beginning with “The Stars” and moving onward with stand-outs like “Riviera Blue,” “Antigua Bay,” “A Rainy Day in Vienna,” “Mystic Mountain,” and others, playing to pwerful and emotional melodies. I do hear keyboard parts in many of the tunes, and I suspect it’s Way who is playing, though he is not credited as such. “The Wild West” sports a powerful and memorable melody with arrangements to match that could stand strong as a movie soundtrack main theme. He does return to a couple fast paced rockers later in the set with “The Restless City” and “Freedom Road,” though both of these are far more tasty and engaging than the two opening tracks. For the most part, Destinations is an outstanding album that accomplishes precisely what it sets out to do.