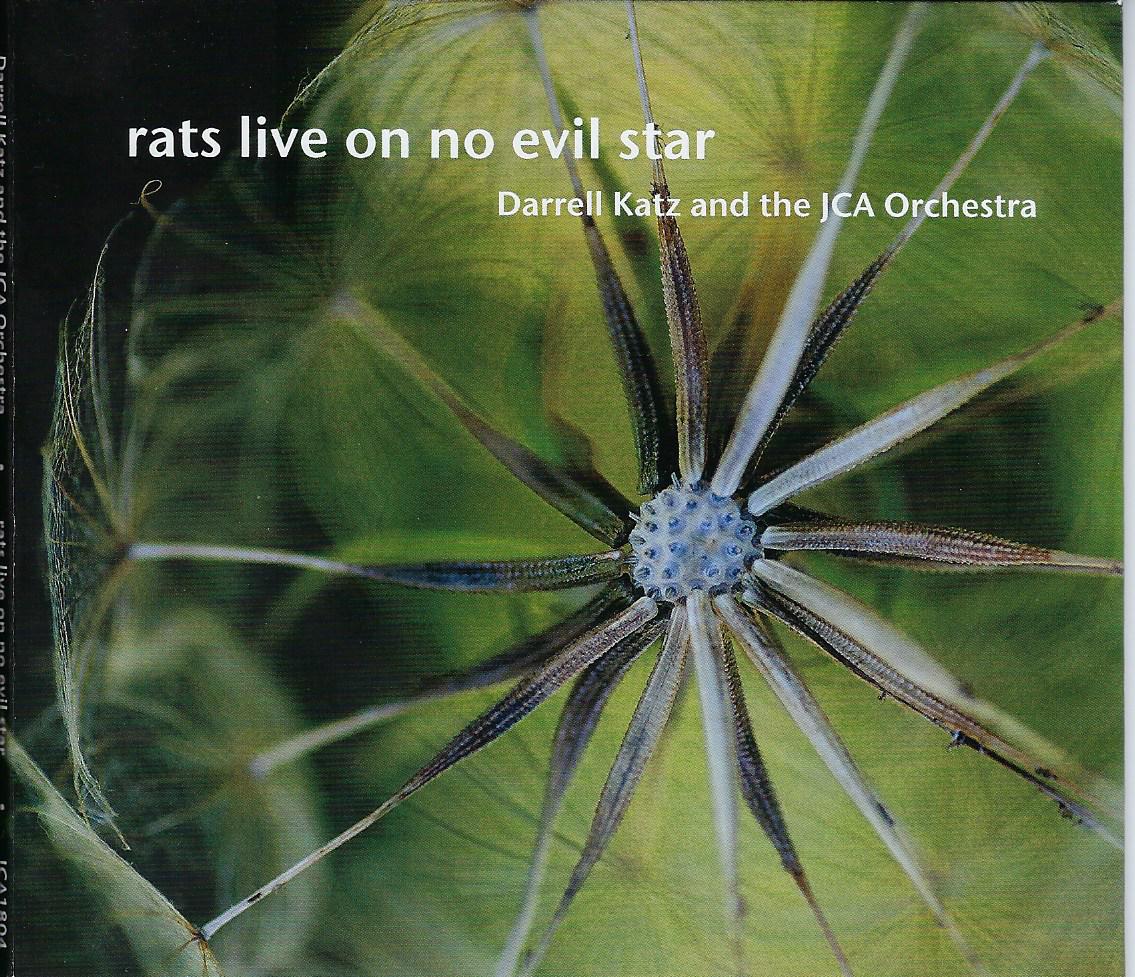 Darrell Katz has been around for a number of years (the earliest recording on his site is Flux, from 1992, credited to the Jazz Composers Alliance Orchestra), in fact he was the founder of the JCA Orchestra, almost 30 years ago as a shared resource for several jazz composers, although he has written and recorded with other ensembles as well, for example last year’s Jailhouse Doc with Holes in Her Socks was recorded with an alternate ensemble called Oddsong. If you enjoy the big-band sound with vocals then Rats Live on No Evil Star may be a recipe to your liking. The first couple tracks are purely instrumental, some wordless vocals from Rebecca Shrimpton along with two dozen or so players, which includes a seven-piece horn section, five-piece woodwind section, drums, bass, guitar, piano, marimba, vibraphone, percussion, violin, plus additional violins, cello, voice and harmonica on a per song basis. Katz is credited with guitar on the closing track, but on all others he is composing and conducting only. The sound is one might find comparable to Grand Wazoo era Zappa, though with less melodic humor, or perhaps the Ed Palermo Big Band doing their original stuff. The third and fourth tracks introduce vocals with lyrics culled from a variety of sources including texts of Paula Tatarunis and Simone Weil; so far so good – I’m not a huge fan of vocal jazz, but what’s gone down so far has been impeccably played and presented. After track four we’ve hit the fifty-minute mark and I’m starting to hit my limit and beginning to lose interest, but they continue four more cuts to bring it out to CD capacity, including an interesting two-minute prelude that involves a bunch of extra string players, and then “Red Dog Blues” with its lyrics that take a stab at the current political climate in America, if you like that sort of thing; for me the sax and guitar solos are the high point. The closer “Red Sea” is a soft and gentle gem, co-written with Shrimpton, beginning with a guitar solo, soon joined by vocals and piano. Overall, this is a fine set, though I have to say at 76 minutes it’s a bit of an overdose.