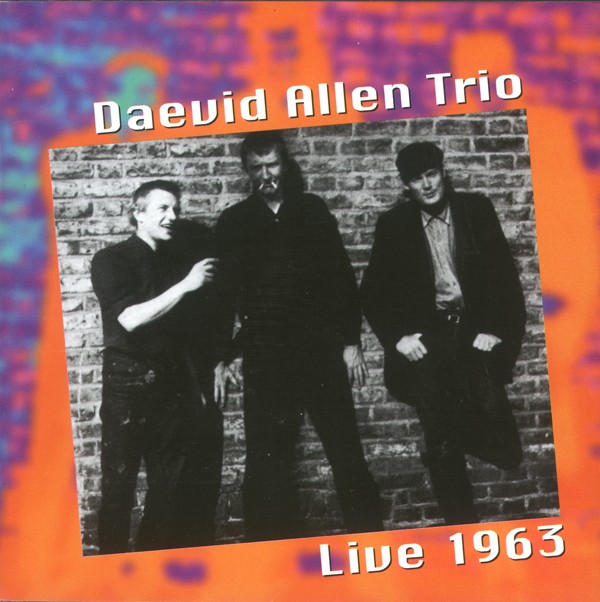 The fruitful seeds of the Canterbury sound have always been traceable back to the Wilde Flowers. So what if a valid live document of beat poetry just happened to suddenly surface as part of Rob Ayling’s Soft Machine archive project funneled by Brian Hopper? Surprisingly this semi-cohesive archive recording is intact from a small trio club gig led by Australian beatnik Daevid Allen. Allen’s support is propelled by the future rhythm section which would also drive “Hope for Happiness” and then “Facelift” several years later. Allen’s recitation is reflective of the type of Alan Ginsberg social commentary of the day; the sneering snobbery of “Capital Travel” is revealing to hear how developed Allen’s attitude was already for the time. A young Robert Wyatt on drums and Hugh Hopper on bass provide the occasional musical accompaniment albeit tentative and off a tangent to who knows where. Of note is both Allen’s and Hopper’s liner note commentary that muses on looking back into this simpler development phase in their careers. Allen’s point of view is one of political naiveté while Hopper’s focuses on keen reflection. Other tracks of note include “Song of the Jazzman” that spotlights a memorable bass line from Hopper and some inspired jazz drumming from Wyatt. Mike Ratledge contributes piano on the ensemble track “Dear Olde Benny Green Is A-Turning in His Grave,” which works as rambly jam for Allen’s brittle guitar leads. Overall the disc serves as the purest form of archive since the fact that this recording has survived in listenable format was unlikely.