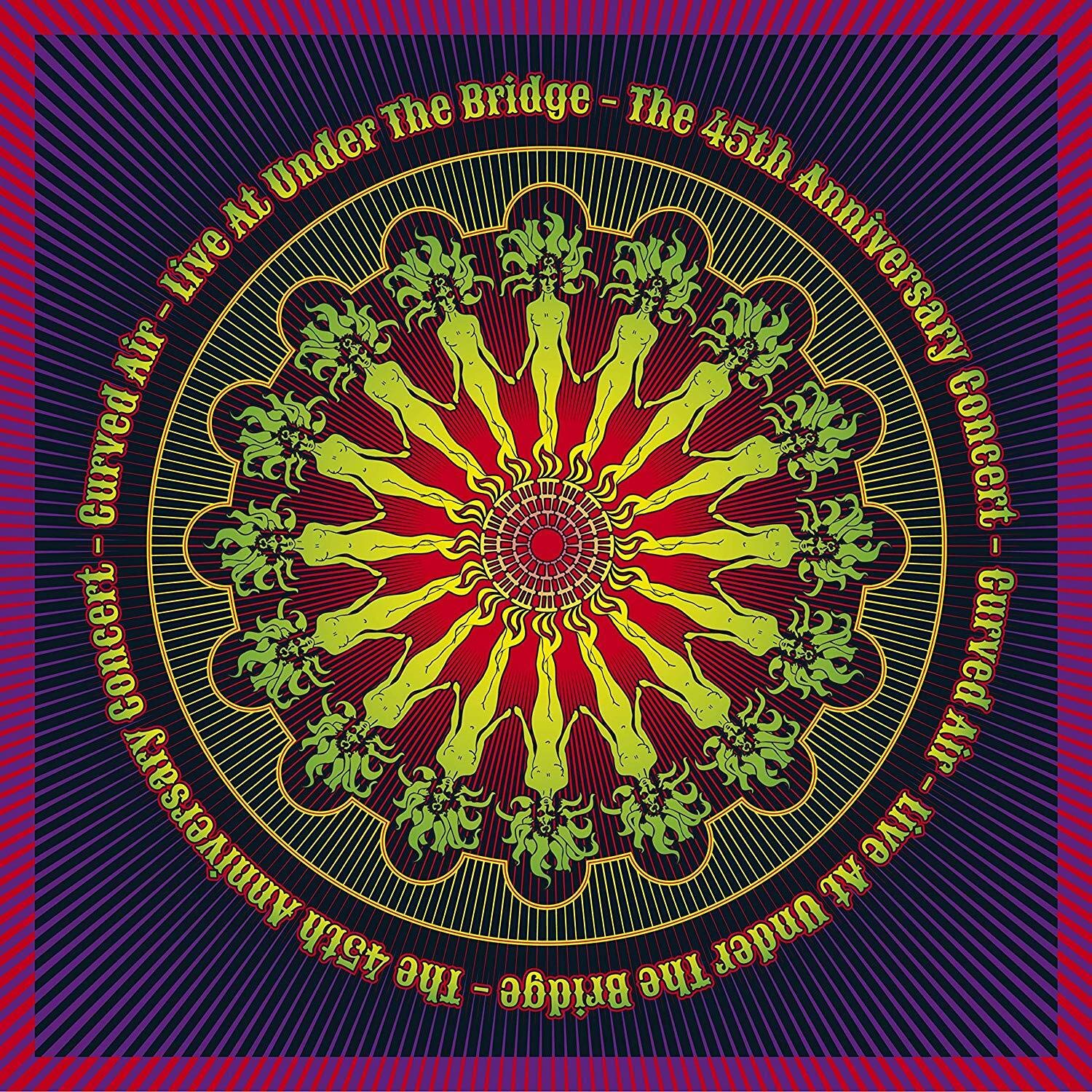 Seems like only yesterday that I was listening to an FM station in Los Angeles when they played a song called “Vivaldi with Cannons” by a band called Curved Air Conditioning (or so I thought I heard). I jotted that down in my little pocket notebook and found the record on my next trip to Betty’s Records in Riverside, a place I had found so many great titles before. Once home, one spin of the LP and I knew I would be a Curved Air fan forever. That was 49 years ago, but I didn’t know how long forever would be, and in fact many times through the years I thought it was over. Like a phoenix from the ashes the band kept coming back, reinventing itself each time. At the center of it all is singer Sonja Kristina, the only member who has appeared on every recording bearing the Curved Air name, and so it is with Live at Under the Bridge, a four year old concert recording from 2015 celebrating the band’s 45th anniversary, released in 2019. The band has around 18 albums to their credit now, some are compilations, some radio sessions, and a handful of live albums as well, but the album at hand is a full two CD set comprising over two hours of music, 21 songs from all across the band’s career. The band this time features Kristina and original drummer Florian Pilkington-Miksa, who left the group after the third album but returned in time for 2008’s Reborn. The band is rounded out by guitarist Kirby Gregory (a veteran of the band’s fourth album Air Cut, returning for 2014’s North Star), recent members Paul Sax on violin, Robert Norton on keyboards, and Chris Harris on bass and backing vocals. Also there are cameo appearances by original violinist Darryl Way on “Vivaldi,” and bassist Ian Eyre on “Backstreet Luv.” The first disc is a career cross-section, but features five songs from the (then) recently released North Star: “Stay Human,” “Spider,” “Interplay,” “Time Games” and “Images and Signs.” Add to that classics like “Metamorphosis,” “Marie Antoinette,” “Melinda (More or Less),” and “Young Mother” that would make disc one a formidable live album all by itself. Disc two includes nine of ten songs from their first album Airconditioning (yes, “Situations,” “Screw,” “Blind Man,” “Rob One,” they are all here), plus “Everdance” and “Backstreet Luv” from the second album, everything performed impeccably, many tunes not available on any previous live albums. An excellent live recording beginning to end.