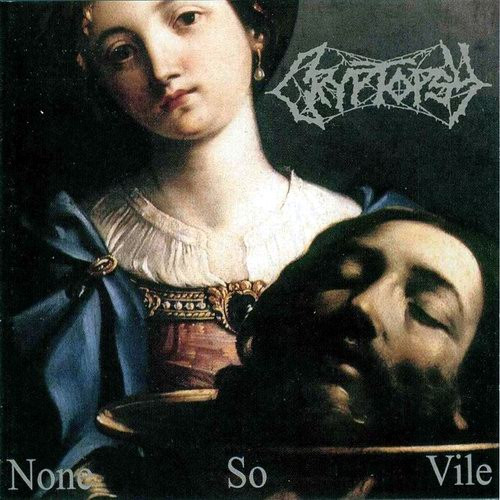 And speaking of world class drummers, it's time to go metal again. While this is a fairly unknown title outside the death metal genre, it's considered one of the great classics from within. This is partially because of the whirlwind Flo Mournier, who even from an early stage was an extraordinarily dexterous and creative drummer and he lifted this Canadian outfit to a really high level on their sophomore release. Their vocalist at the time was the unique Lord Worm, whose style was a bit different from all the monotonous growling, showing that even these kind of vocals could have some range, although we're talking stuff like grunting and shrieking here. It's a short one like many in this genre but each track is written really well, featuring lots of blast beats and some really incendiary bursts of solo guitar. After this one, I think they lost a bit of the underground feel and while they'd still make some good records they'd never surpass this one. Good death metal tends to lose something when it's too polished.