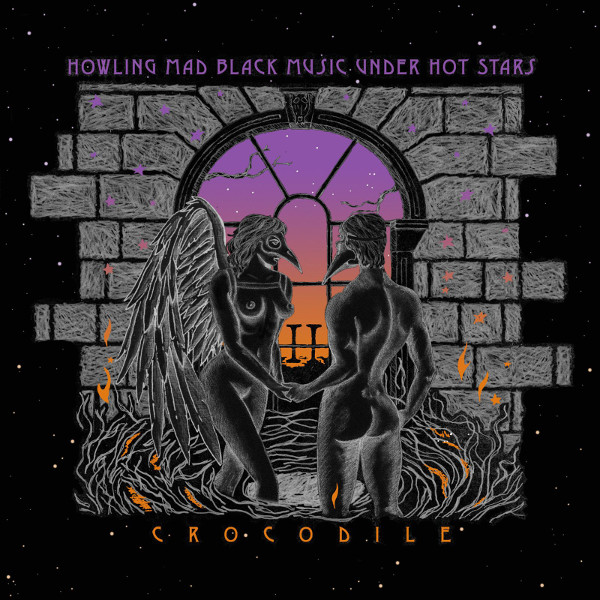 Austin prog band Crocodile realeased their second album on October 1, 2019. The album title Howling Mad Black Music under Hot Stars (HMBMUHS) and the artwork echo the 70s, but not the music itself. Drawing upon influences from Gentle Giant, Rush, ELO, Yes, The Smiths, and Steely Dan, Crocodile have produced a set of seven neo-prog love songs, of sorts. Personally, I don’t think this album is as strong as their debut, perhaps because I could never appreciate Steely Dan, and on HMBMUHS there is a lot of Steely Dan’s jazzy influence. So I was a bit disappointed on listening to the new album. The album does open strong with “(Arrival) Small Eden,” a European sounding dark prog track with Hammond organ and notes of King Crimson. Next is “I Was Dreaming,” a sophisticated 80s prog jazz fusion song. Then I was initially put off by “Dark Inverted Jubilee.” But I found that it grew on me over time. “Lovesick Wanderer” is funky strutting music with a cool riff, but it did not excite me. Then I found “Shed My Skin” to be a novel approach of blending prog with a dash of rockabilly. “The Genie (in Full Flower)” is a tightly arranged raucous track that will take some time and a lot of attention to get into. And the album closes with the melodic prog tune “Avis Ender.” Though not for me, HMBMUHS will most likely appeal to our readers.