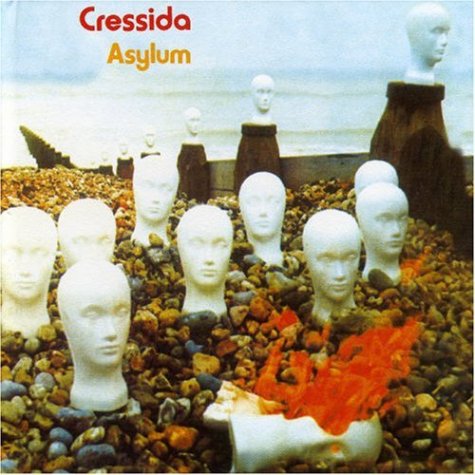 Another of the great Vertigo albums of the early 70s, Cressida's second and last album worked largely on a powerful sense of atmosphere, almost as if it was one long dream. Their debut album had much shorter songs and in may ways worked more as a pop album, but like many groups of the era, the band's progressive aspirations had them stretching out on this follow up with longer instrumental sections on two tracks, "Munich" and "Let Them Come When They Will." In some ways this is definitive early 70s British symphonic rock with a lot of use of big organ and mellotron chords, fronted by a very good vocalist and a real sense of the wistful and nostalgic in the mix. Like a lot of good progressive music this is less about tricky key and rhythm changes and more about good songwriting, feeling, and color. I first heard this on its Repertoire CD reissue in the early 90s and it has always remained a favorite.

Cressida's second Asylum in my opinion is the best of the genre represented by Beggars' Opera, Spring, Fantasy, Fruupp, and many more. An amazingly elegant album, Asylum was a beautiful progressive rock album in that laid back English style with great room for instrumentals and a very pleasant vocalist. Both Asylum and their debut are very rare now (both were original Vertigo "Swirls") and it took a while for them to reissue this first one, but this was well worth the wait. While the songs are generally shorter, all of the ideas are there and in condensed form making this a great album of 70s progressive rock. If any of the above bands are to your liking, this one should be an essential purchase.