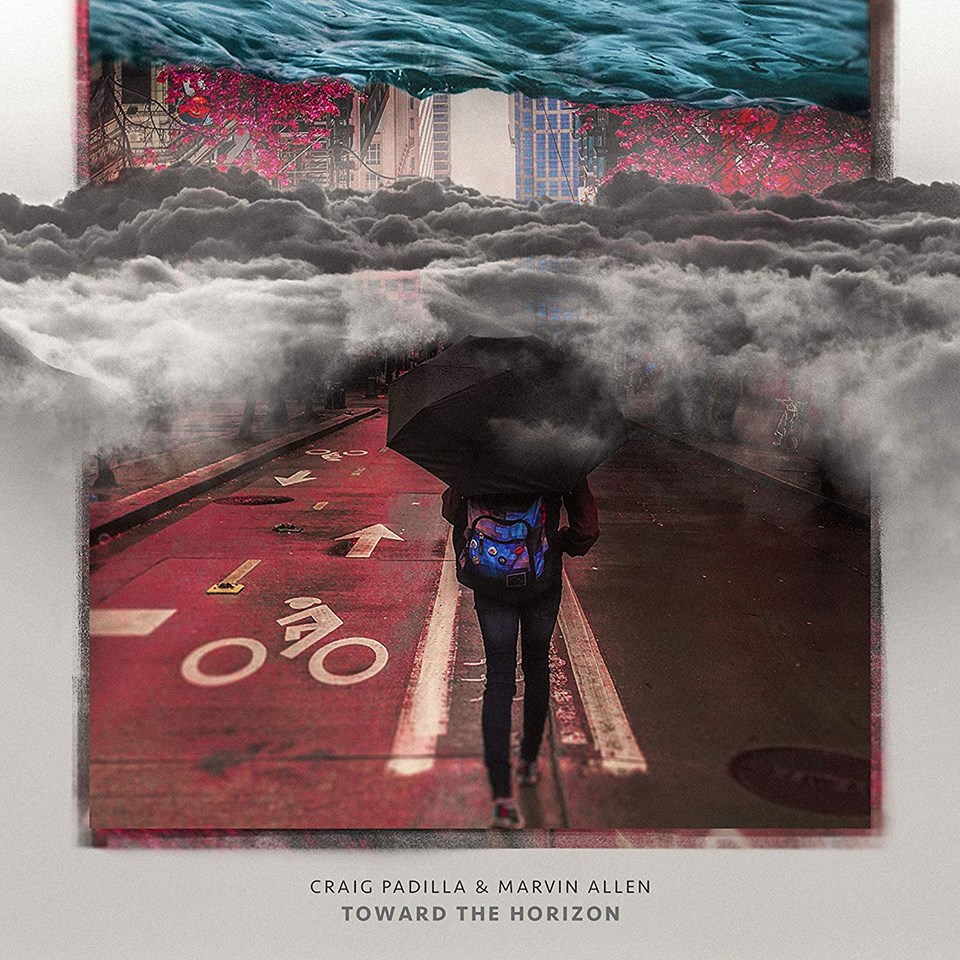 For many years at Exposé we have been reviewing the work of Craig Padilla, both as a solo artist and in collaborations with Zero Ohms, Skip Murphy, Howard Givens, and others. A master of analog and digital synths, he has roughly three dozen releases to his credit beginning around 1990, with the expansive Vostok and Folding Space and Melting Galaxies from the early 2000s being a couple particular highlights for me. Marvin Allen is a northern California based multi-instrumentalist and composer, and a longtime friend of Padilla, but this is their first collaboration together, and is in fact Allen’s first foray into the musical world of ambient electronic sounds, but one would never guess that; here, he contributes electric guitars to the proceedings throughout. Right out of the gate on the opening title track begins with Allen’s guitar in the fore mixing dreamy chords and textures as Padilla’s synths add warmth, color, ambient washes, and spectacular panoramas to the sound, drifting freely for nearly eighteen minutes, an experience that most certainly lives up to the title. Some subtle soft sequences underlie the deep space foundational textures, eventually eclipsed by interesting synth effects and soaring guitar leads. One’s imagination can easily drift back to the times of Stratosfear and Ricochet, and indeed this is Berlin School influenced at its heart, but a far more contemporary flavor, spinning together numerous organic influences that hold it all together. Finally the title track winds down, ending much as it began. The remaining five tracks take various alternate paths, sometimes blending dense waves of sequences and flowing textures, other times offering darker more cavernous sounds slowly morphing into busy, vivid sequences. One highlight comes midway through the thirteen minute “Tidal Disruption,” where searing guitar leads work over a bed of busy sequences and synth drums that comes very close to rocking out, but eventually finds its way back to a peaceful conclusion. “Hidden” is introduced by heavily effected guitars, and soon joined by bubbling, swirling synths as the piece wanders forward and above to the eleven minute mark, very unlike any of the other pieces here. Closer “Liquid Heaven” is a perfectly descriptive title, slowly shimmering and morphing with fountains of color and texture floating in and out, it’s the perfect conclusion to this bold cinematic dreamscape.