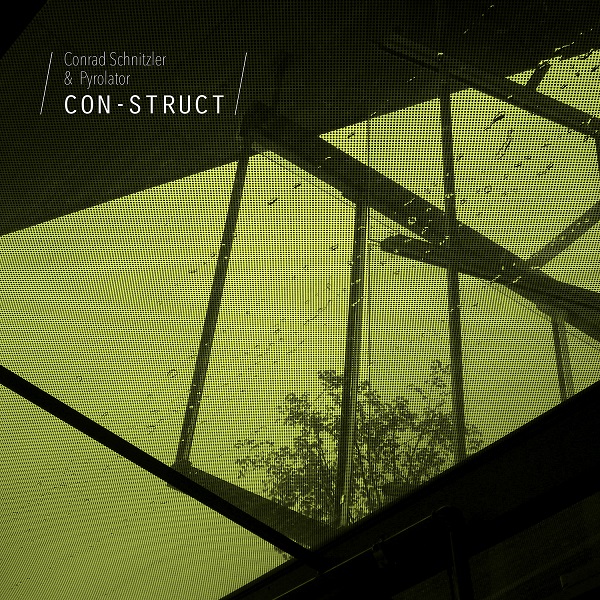 Over the course of his 30 years, Conrad Schnitzler amassed a vast archive of sounds that he used in various combinations for his live performances. After he passed away in 2011, Bureau B came up with the idea of constructing new compositions from these tapes, not remixes. Jens Strüver of Bureau B completed the first Con-Struct album and he invited Andreas Reihse (Kreidler) to compose the second album in 2013. Then he solicited the infamous Pyrolator aka Kurt Dahlke for the third in the series. Pyrolator’s primary objective was to present a side of Schnitzler’s music that often goes unnoticed, a darker, technoid side. The guidelines for this series require the composer to select individual tracks and rearrange them to create something new. Since the original tracks were so inspiring, Pyrolator could not resist the temptation to add some of his ideas. This is pretty evident on the third track “289-5” as it sounds like an avant-garde reinterpretation of Human League’s “The Black Hit of Space.” All of the track titles are numbers, which I am guessing must relate to the source tapes. There is a three-digit number followed by a dash and a single digit. My original guess was that the single digit had something to do with the version of the composition created from the source tapes. There are two tracks that begin with 287 and 296, three tracks that begin with 289 and 316, and one track each for 389 and 288. But either Pyrolator has created some very unique compositions or my assumption is wrong as I cannot discern any resemblance between the tracks with the same three-digit numbers. Though Pyrolator is exploring Schnitzler’s dark side, he has taken the edge off Schnitzler’s avant garde music and replaced it with his unique approach (D.A.F., Der Plan, Ata Tak, and solo work). For example there sampled trumpets on “296-16.” Con-Struct is quite an interesting take on Schniztler’s music and a wonderful companion piece to this summer’s Kollektion 5.