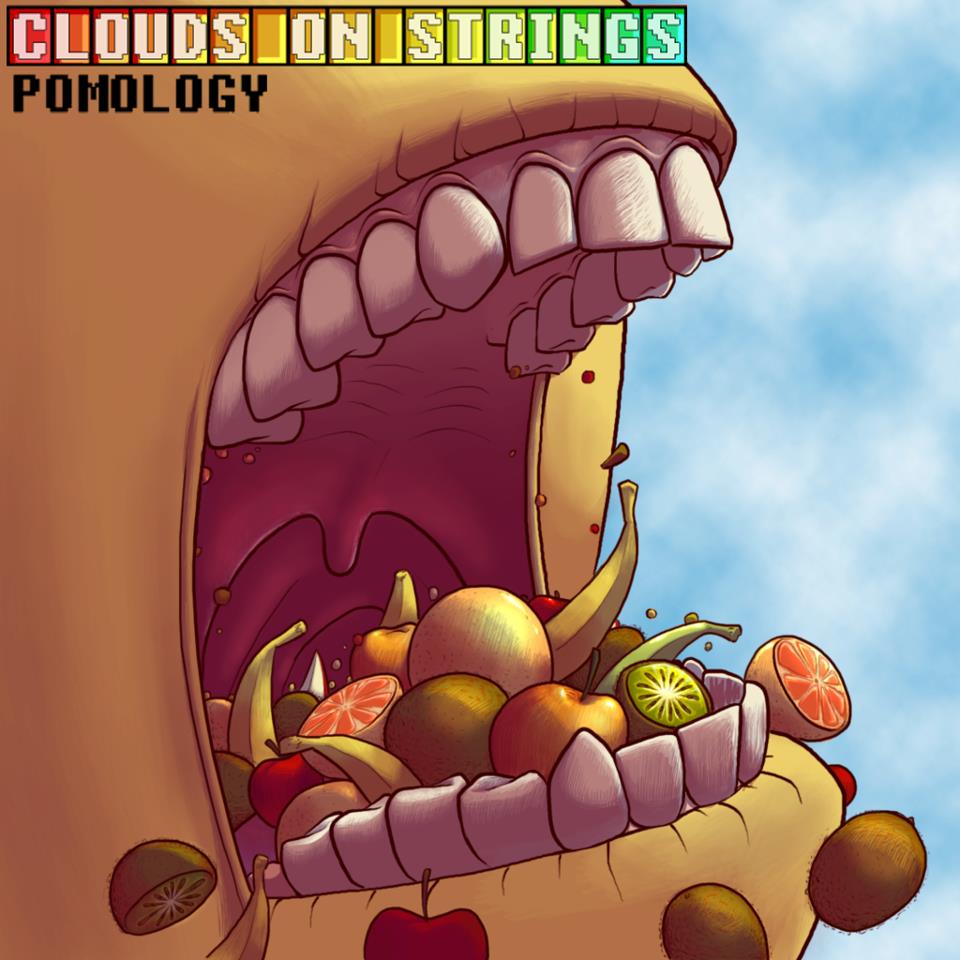 "Welcome to Pomology, a musical cornucopia. Come with me on a fruitful adventure through rhythm and harmony, over the hills and through the fertile valleys of your brain. Press next to begin." Let's talk about Stupid CD Tricks. You might remember back in the early days of CDs, a lot of bands would put a "hidden track" on a CD, separated from the rest of the tracks by a long gap. Or maybe it was part of the last track with ten minutes of silence in between. Or maybe it had some ridiculous number of blank tracks in between it and the previous track. All of these are annoying, and serve only to leave a bad taste in the listener's ear, so to speak. Clouds on Strings have discovered another one. Track 1 of this EP is nearly 30 minutes long, and consists of that opening quote spoken over and over again with different silly voices, backed by a brief circus-style tune. This is quite probably the most annoying thing ever pressed onto a CD, and not even remotely amusing. As far as I can tell, the only mitigating factor is that they didn't put a "real" song anywhere in the midst of the alleged joke. It's so annoying, in fact, that I'm tempted to not even review the rest of the tracks. Seriously, guys, do not do this ever again. This band hails from Chico, California, and aside from extremely poor judgement about what to put on track 1 of their CD, they have a pretty good sense about what works when it comes to modern application of classic prog-rock styles. The music is lush and complex but not retro-sounding or overly intellectual. The standard b/d/g/k lineup is augmented by some lovely violin, and the keyboards feature lots of classic sounds, like the Mellotron flutes on "Banana" (all the songs are named after fruit, though the lyrics don't generally seem to be actually about fruit). One of the best of the current generation of new prog bands.