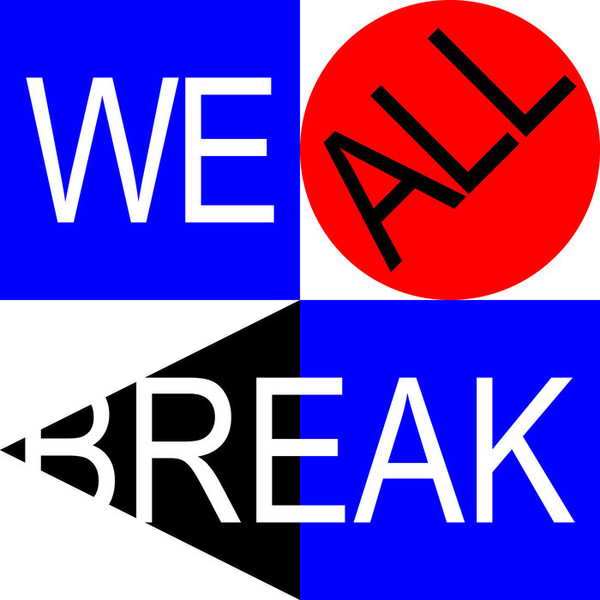 Haiti is a nation that has produced some wonderful and distinctive music, but hasn’t been covered much in these pages. American drummer Ches Smith has studied the music of Haiti extensively, and with his We All Break project, seeks to bring together Haitian percussive and vocal traditions with jazz. He started off in 2015 with We All Break, billed as a solo album. Smith plays drum kit and kata drums, and he’s joined by Daniel Brevil and Markus Schwartz on various drums, along with pianist Matt Mitchell. Smith, Brevil, and Schwartz all contribute vocals in a Haitian call-and-response style. With the limited instrumentation, much rests on Mitchell, and his playing is interesting enough to carry the weight. His dextrous playing embodies the tonalities of the tunes, provides rhythmic energy, and ventures off into wild freedom at times. It took quite a few listens to really click for me — I kept wishing for more than just piano to complement the drums — but eventually the sheer power of the percussion won me over. It’s a fascinating outing that puts the sound of Haitian drums front and center.

Moving ahead to 2021, Smith brings together the same group, now given the name We All Break, and adds Miguel Zenón (alto sax), Nick Dunston (bass), an additional percussionist (Fanfan Jean-Guy Rene), and a singer (Sirene Dantor Rene), for a much fuller sound. Path of Seven Colors is more immediately appealing, with anchoring bass lines and additional melodic interest from Zenón, and the vocals really benefit from having a female voice in the mix. Over the last hundred years or so, there’s been a lot of jazz with latin percussion, and we’re all familiar with the sound of congas, timbales, bongos, and the rest, but Haitian drums have a different sound to them, more earthy and organic, without the metallic edge of latin instruments. The tones are much closer to West African drums, though not quite the same. In any case, the assemblage of four drummers (with and without kit drums) is a downright joyful noise. Mitchell is great again on piano, and Zenón is in his usual stellar form. If you’ve heard Haitian groups like Boukman Eksperyans or Rara Machine, imagine their music inflected more towards jazz and you’ll get an idea of Ches Smith’s sound. It’s thoroughly enjoyable and full of positive energy. The CD release of Path of Seven Colors includes a bonus disc of the earlier album, which may no longer be available separately.