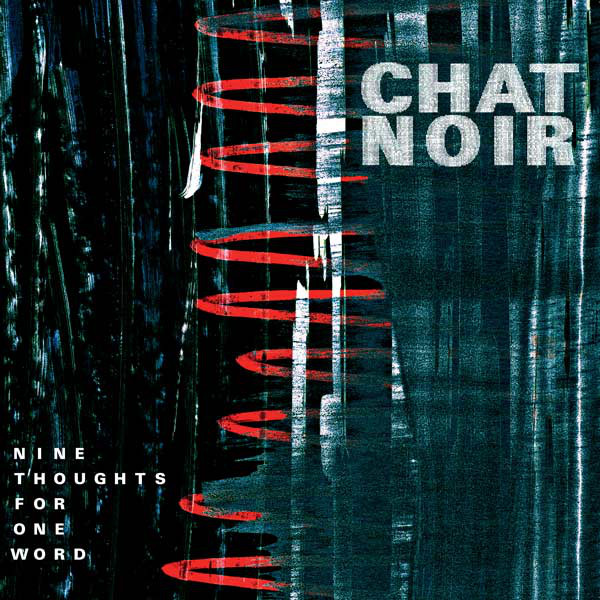 Not long ago I was writing about Naima, a Spanish group with a contemporary take on the classic jazz piano trio. Chat Noir may have a French name, but the group is Italian, and they’re another entry into the same category, for the most part straying even further afield from strict piano, upright bass, and drums. Since their last album, the core group has been reduced to a duo of Michele Cavallari (piano, keyboards, electronics) and Luca Fogagnolo (upright and electric bass, trombone); they are joined on all tracks by electronic wizard J.Peter Schwalm, who supplies beats and other sounds, plus other guests on a few tracks providing guitars and vocals. The result is consistently fascinating and sonically expansive, and it’s not always obvious that there’s not a live drummer in the mix. Some tracks feature piano and upright bass prominently, while others veer off into almost completely electronic territory. “Detuning Leaves” features gamelan-like gong sounds, bowed bass, and what sounds like a heavily processed guitar; the middle section is a solo for distorted electric piano further mangled by a ring modulator. At most times throughout the course of the nine tracks, the sonic density is fairly high — there’s a lot going on. Which isn’t to say that they don’t take it down occasionally. “Uneven” features only minimal percussive sounds, though it pulses along nicely. “Crystallized Flow” is a pensive, melodic, bluesy piano piece augmented by subtle enhancements and treatments. “Momentary Continual” is the one vocal track, featuring Alessandro Tomaselli, and for me provides the only questionable part of the album — maybe I’ll come to like the singing eventually, but for now it just doesn’t seem to fit in. Schwalm brings his expansive soundscapes and indescribable tones to the music, and combined with the skilled playing of the others, the result is a dreamy alternate universe of swirling impressionistic flashes. Nine Thoughts for One Word is something unique, and it fits in perfectly with the RareNoise esthetic of surprise.