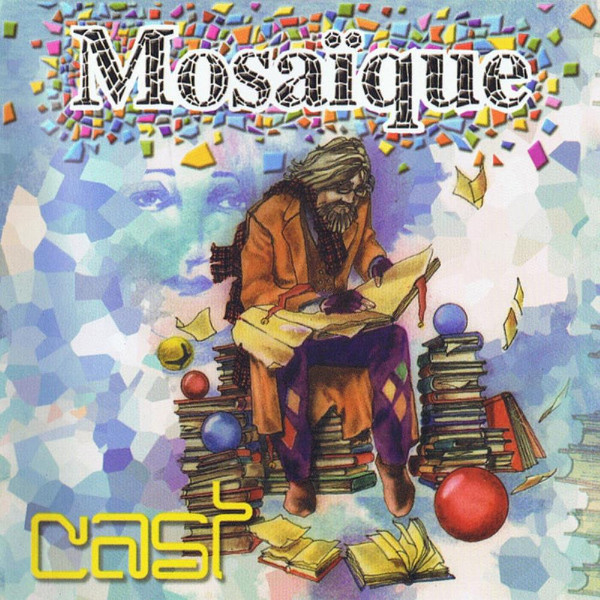 I’ll admit to a certain amount of suspicion of artists who seem overly prolific. It’s not that I believe they’ve made a deal with Beelzebub, I just worry that they can’t keep up a level of quality when they focus on volume. So seeing a double CD from Cast after so many other releases – I get concerned. Maybe I should have more faith. Not that this is an hour and three-quarters of flawless brilliance: there are a few stumbles, but they’re minor, and the high points are quite good. Overall, it’s pretty much what we expect from Cast. Good, solidly played modern progressive rock, mostly instrumental, heavy on the keyboards, with a big sound and impeccable production. There are a few new elements this time out. The first that stands out is the clarinet, which lends an unusual flavor, especially in the middle of a prog workout like “Azteca Imperial,” where it sounds like a refugee from Mardi Gras thrown in from another album entirely. But that’s the kind of thing that, jarring as it is, I suspect might grow on me and eventually seem normal, or at least an integral part of that piece. Other times when the clarinet appears, it lends a jazzy, gypsy or Middle Eastern flavor, things I don’t recall hearing from Cast before. The flute (and even sax) that shows up elsewhere seems more at home. Cast has been through some personnel changes over the years, and this time out, there are so many people involved I don’t even know who’s in the band and who is a guest. There are four different vocalists, three guitarists, two bassists, two drummers, and two percussionists on the various tracks; only Alfonso Vidales on keys and Pepe Torres on wind instruments appear on all tracks. That’s not a complaint, just an observation. This is a fine example of 21st Century Progressive Rock.