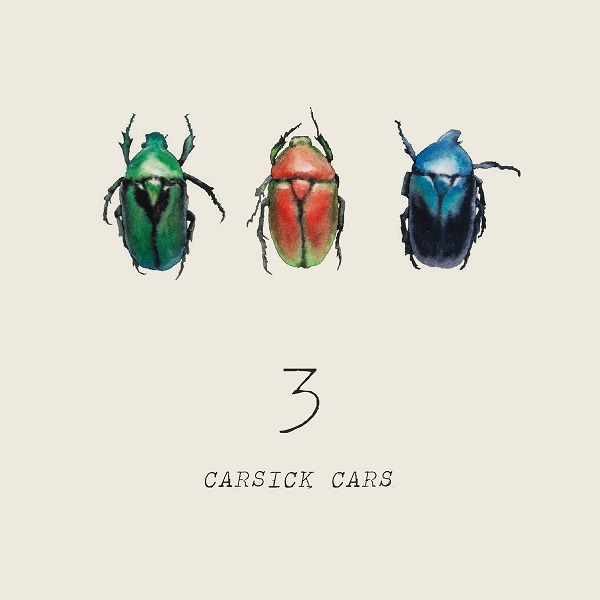 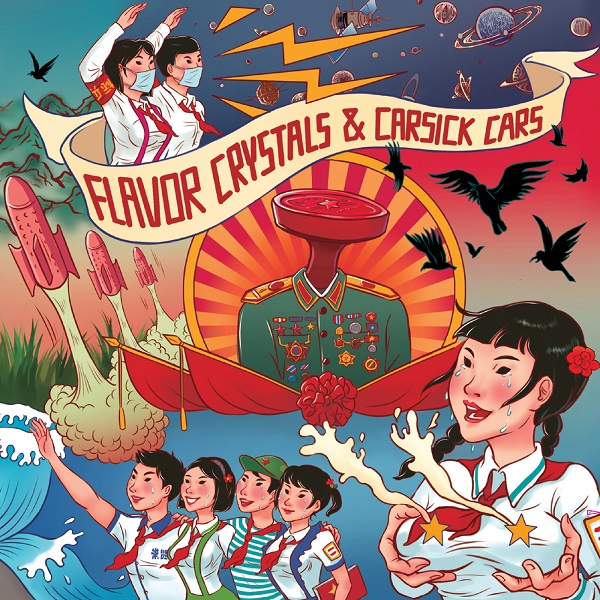 A change in personnel for Carsick Cars has not resulted in a change of style — singer/guitarist Zhang Shouwang remains the driving force of the band. 3 is perhaps more refined than the first two releases, but retains the combination of wall-of-sound guitar and catchy melodies, but with a more polished sound. There's been 100% turnover in the rhythm section, with He Fan covering bass and Sun Heting drums, both of whom had made names for themselves in other bands (Birdstriking and Boyz & Girl respectively). The album was recorded in New York, and once again features some lyrics in English and some in Chinese (and on the CD, one of the bonus tracks is a Chinese version of "15 Minutes Older," which appeared previously in English). And while the music is indeed more accessible than previous outings, it's still far from mainstream, even mainstream pop-punk (Green Day and the like). There are some really nice guitar arrangements, with Zhang putting down multiple parts with different tones and different voicings for the chords, and often working harmonics into the sound. The instrumental track "The Best VPN So Far" (a title that will amuse anyone who's lived or traveled in China) is the most unusual track, with some great backwards effects and thunderous drums leading into a propulsive rhythm and all sorts of different noises from the guitar. When deciding if 3 is the band's best effort, I hesitate because I like the others so much, and in all fairness, they're aimed in a slightly different direction now, perhaps a bit less experimental, but more solid and relatable. There's enough art here to please someone who has long tired of the same old thing over and over again. When they throw out something downright freaky like the bass/guitar harmonies on "Reaching the Light," I know I've found something that will last.

Also on offer from Carsick Cars in 2014, we have a split 7" single with Minneapolis psych band Flavor Crystals. The Cars' contribution, a previously unreleased track called "Yoko," is of a piece with 3. It's a catchy, energetic tune with unusual chords and features a piano part. I can't make sense of the lyrics, but it's a fun song. I'd never heard of Flavor Crystals before listening to "Mirror in My Mind," but going on this example, they are a good example of contemporary American psychedelia, along the lines of The Black Angels, though with a hint of a krautrock influence. They're definitely worth investigating.