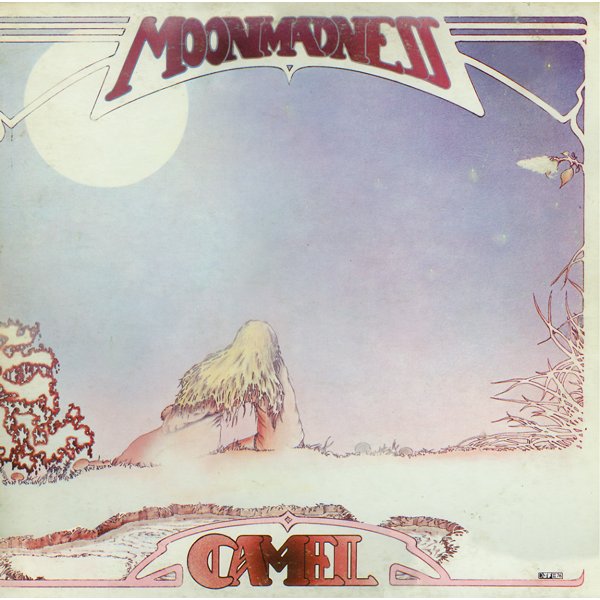 I played keyboards in a progressive rock band in the 90s, and of course like most larger groups we mixed a lot of influences into the sound and did our best to create something with our stamp on it. I was talking to a friend much later on the influences on the music, we were probably listening to old tapes one night, and we were challenging ourselves to pick out the obvious. At the end of one of the long tracks I had written this long, changing keyboard vamp for a guitar solo, we wanted something really energetic and climactic and when that part came on, my friend says, "Lunar Sea." And even though I hadn't had any intention to build on that song, you can definitely tell the influence was there, it was a good call. And it reminds me how much Camel's fourth album, Moonmadness, is a huge part of my musical DNA. There are so many great songs on this with so many widely varying moods and it's perhaps the one Camel album with a really cosmic mood, which tends to fit my tastes. I like the balance on this one because to some extent I thought they had gone a little too sweet on the Snow Goose, and yet when they recorded this they took some of that melody forward without forgetting they could really jam out like on the first two albums. I don't listen to it as much anymore as some albums become practically memorized, but it'll always be a really important record for me, subconsciously too.

Paul Ellis - Silent Conversations – Ellis was a bit tired of doing all things alone each time, so for his fourth solo album, he looked for outside sources and found them in friends and acquaintances. In fact he was so enthusiastic about...  (2006) » Read more

Hi, Person, nice to meet you