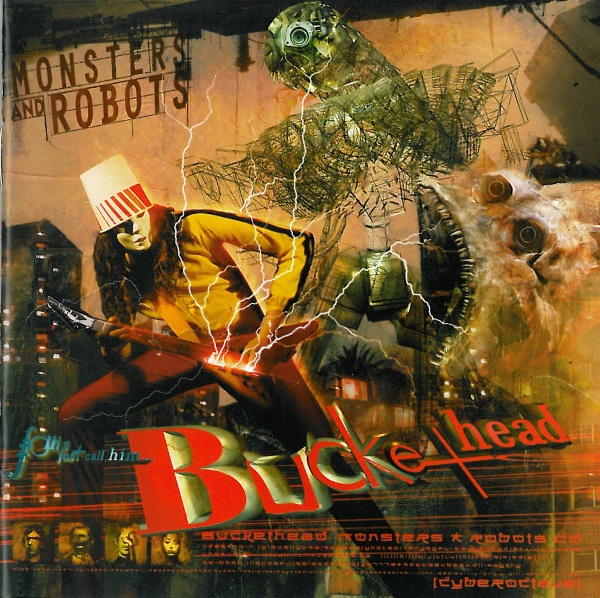 For readers of superhero comics, the Origin issue was always a treat. How did Radioman develop the ability to project radio waves from his eyes? How did Buckethead get his name and strange persona? On Monsters and Robots, the faceless guitar superhero presents a set of tunes based on his favorite obsessions, those named in the title, and includes “The Ballad of Buckethead,” in which he explains (via Les Claypool’s warped vocals) how he grew up in a chicken coop and learned to play the guitar as an escape from the horror of his life. His musical MO features more of his full-on shred playing than the quieter reflective sounds. Aided mostly by his Primus friends Claypool on bass and Brain on drums (along with bits from Bootsy Collins and Bill Laswell), the masked one cranks through a number of insanely manic instrumentals full of tricky twists and turns, like a speed-metal band genetically grafted onto a Funkadelic clone and given the mind of an evil genius from a B movie. “Stick Pit” features some fun R2-D2 synth noises, and “Sow Thistle” has some great free-form rapping. Throughout, Buckethead’s amazing fretwork provides a bounty of, well, amazing sounds. My only complaint is that his solos tend to all sound alike, impressive though they are.