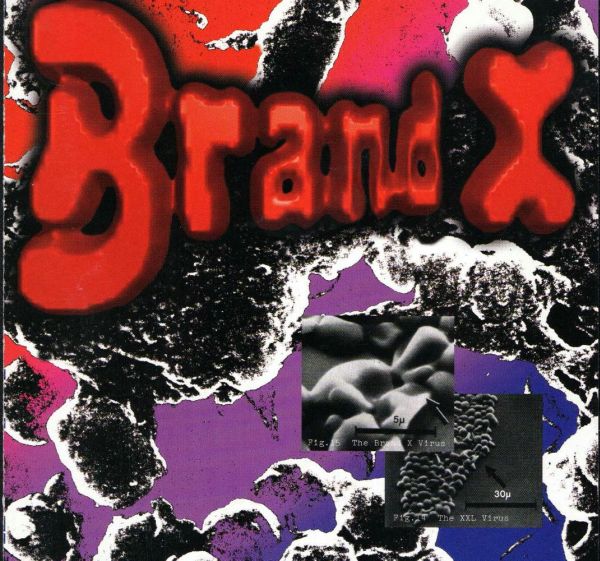 Once upon a time there were a bunch of session musicians with too much time on their hands, having some fun between gigs, among them drummer Phil Collins during a period when Genesis' future was not so certain. Supposedly a purely non-serious improvisational unit, Brand X was born. Next thing you know they're putting out an album and going out on tour. 20 years and about half as many albums later, after who-can-keep-track of how many lineup changes, breakups, and reformations, the core of the band — guitarist John Goodsall and bassist Percy Jones — is still working together. The lineup this time out includes drummer Frank Katz, from the early-90s X-incarnation, keyboardist Franz Pusch, and Marc Wagnon (from Tunnels and Doctor Nerve) on MIDI vibes, the latter two interestingly enough never appearing on the same track together, leading one to believe that this may represent material from two different sessions separated by some lineup changes. Jones' playful fretless antics never sounded better, and Goodsall's smoking guitar leads can be heard throughout. Unfortunately, Katz' heavy handed snare pounding seems inescapable at times too, though on tracks like "Virus" he loosens up and delivers a superb performance. In all, a better album than X-Communication from '92, the return of keyboards and addition of midi-vibes gives the sound a liveliness and warmth it was missing, although it still doesn't top 70s classics like Livestock.