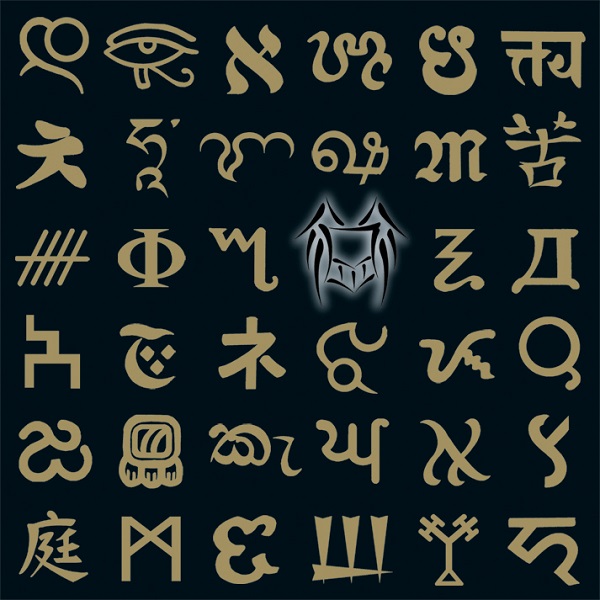 This is a most elaborate package, with rows of mysterious embossed gold characters on a jet black background on the six panel CD package, with pockets inside for the two booklets – one is a sixteen page CD sized comic book that provides some background of the story behind this thirteen track 77-minute concept album. The other is more of a standard CD booklet, a ten-panel full color fold-apart featuring the song listing, the two main band members, most of the lyrics for the main songs (though not all the sneaky words in the numerous song interludes), as well as information about the additional players and all the other hands that went into making this impressive work of art and packaging. The music could be classified as cinematic dark progressive metal, but it’s the end-to-end concept story that makes it so much more than that. The protagonist of the story is lead singer Sebastian Elliott, with his Conan the Barbarian meets Mad Max look in the booklet images, or the Gothic faceless hooded consumer of forbidden knowledge in the comic booklet; his vocals are dense, dark and nearly always run through vocoder and numerous other effects, to the point where one hardly knows what his real voice sounds like, but that’s part of the mystique that supports the story line. Multi-instrumentalist Vora Vor is the other half of Braindance, playing guitar, keyboards, backing vocals, programming and orchestration, and she’s fairly menacing looking in a Gothic sort of way as well, holding a long dagger in the booklet image. She and Elliott are responsible for all the music and lyrics. Other musicians contribute backing vocals, bass, additional guitar, saz (Tony Geballe, no less), and percussion. There doesn’t appear to be a regular drummer, opting instead mostly for programmed drums. Geballe and bassist Andrew Bunk have a hand in the engineering, along with Vor. Like I mentioned earlier, there are thirteen tracks here, but truthfully this is one long 77-minute concept piece where the sound never stops, the main tracks are crossfaded with interludes of sampled voices sounding much like bits and pieces of a movie, dialog elements (also heavily effected) and sound effects galore, all contributing to this non-stop long distance story line. It’s very well done – Elliott and Vor and the rest of the team here have created nothing short of a masterpiece for what it is. For a guy like myself who generally can take no more than an LP side, 77 minutes is a long haul to go without any breaks in the music, and I have to admit the first handful of listens I couldn’t take it all in one sitting. But effort will pay off with persistence. Since I haven’t heard anything by Braindance since Fear Itself around 20 years ago, I can’t say how this compares to other recent releases, but I suspect Master of Disguises tops everything that came before it.

Red Jasper - The Winter's Tale – Evidently you don't have to have a shred of originality, talent, or musicianship to be an active part of the SI (sonically insipid) band roster. Red Jasper continue on in the fine SI (simply...  (1994) » Read more