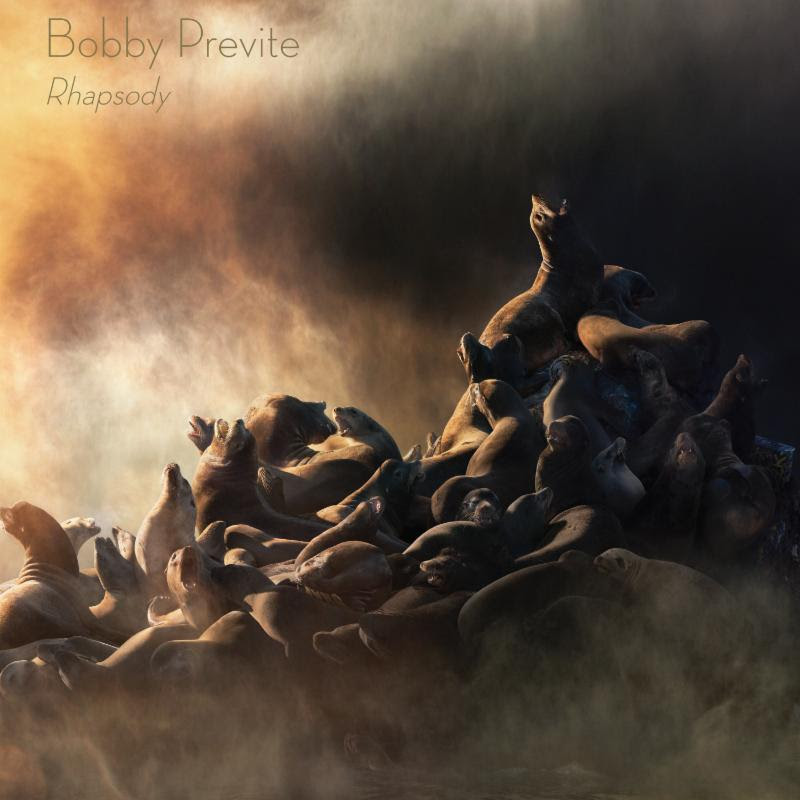 As a composer, Bobby Previte has never shied away from ambition, and he appears to have never encountered a genre boundary he didn’t want to erase. In 2016, he gave us Mass, a Serious Work that blended classical liturgical music with rock and jazz, and now we have Rhapsody, which is part two of a trilogy begun with Terminals in 2014. I hadn’t heard Terminals, so I went to Bandcamp and gave it a whirl. It’s an instrumental work, a sort of mixed concerto where each of the five movements (four on the 2LP version) features a different soloist backed by the Sō Percussion ensemble. The theme of the music was “Departures,” though of course with instrumental music, it’s all in the impressions. Rhapsody concerns the next phase of travel, being “In Transit.” The chief change here is the presence of lyrics, sung by Jen Shyu, the first time Previte has written words to go with his music. And rather than a purely percussion basis for the arrangements, we have a sextet consisting of Previte (drums, percussion, guitar, harmonica), John Medesky (piano), Zeena Parkins (harp), Nels Cline (acoustic guitar, 12-string guitar, slide guitar), Fabian Rucker (alto sax), and Jen Shyu (vocals, erhu, piano). The nine tracks all feature varying sections, some of which are quite unexpected, and while the instrumentation (all acoustic) might imply a kind of chamber music, the reality is far from simple. At times, it’s very jazz-like. At other times, it might be called modern art music, the equivalent of classical lieder. Then you hear the erhu, and get a Chinese flavor. And Previte’s harmonica can’t help sounding bluesy regardless of the notes he chooses. The music is generally not harsh or abrasive — the “difficult” factor hear comes on a higher level, with the juxtaposition of sounds that are not normally heard together, and the conceptual framework behind the choices. Certainly there is no adherence at all to typical song structures; the pieces wend their ways through sections that flow organically even in the absence of apparent logic. It’s full of brilliant playing and fascinating sounds, and after a dozen or so listens I’m still trying to take it in. At this time, Previte has plans to do a third part dealing with “Arrivals,” though apparently exactly what it will entail is unknown — given what we’ve seen in the first two segments, anything is possible.