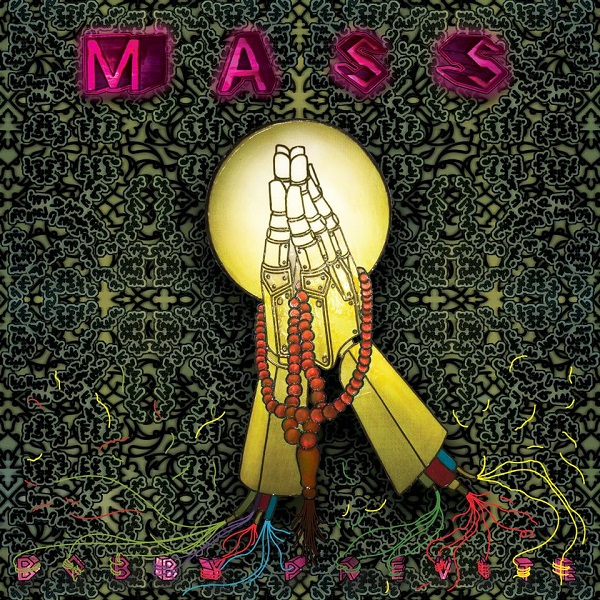 Even the non-Catholics among music fans are likely familiar with the structure of a mass, having listened to musical settings for the ritual dating back to the time of J.S. Bach or even earlier. Many modern composers have added their interpretations, including such progressive rock efforts as The Electric Prunes’ Mass in F, Yatha Sidra’s A Meditation Mass, Eela Craig’s Missa Universalis, Roman Stolyar’s Missa Apocryph, and Zaboitzeff’s Missa Furiosa, to name a few. A little Googling tells me that numerous composers have tackled the form in jazz, though I can’t say I’m familiar with any. Noted avant-jazz drummer Bobby Previte tosses his hat into the ring with this release, and to a certain degree it straddles the jazz and rock styles, as you might expect if you’re familiar with his work. Previte describes the work as “a modernist re-imagining of the choral epic Missa Sancti Jacobi by 15th century composer Guillaume Dufay,” and the arrangements feature the Rose Ensemble of 11 singers along with Previte (drums, guitar, organ), Reed Mathis (electric bass), Jamie Saft and Stephen O'Malley (both guitar), and Marco Benevento (organ). There are times where you could believe that the voices are singing the original parts, but other times have the melodies adapted for the instruments in various combinations. The opening section of the “Kyrie,” for example, is played solo on the bass. In other places, Previte takes a phrase from the original and turns it into a heavy riff, as in the “Gloria.” “Alleluia” takes yet another approach, seeming to take the vocal parts for the original and giving the instruments aggressive rhythmic parts to punctuate them. Whatever the arrangement strategy, the result is stunning throughout the suite, a truly original creation that sustains interest both with the intelligence of the design and the quality of the execution. Any accusations of bombast or over-indulgence can be countered with the simple observation that it’s a Mass — it’s supposed to be impressive and bombastic. The music works on its own outside of any religious context, never seeming like a gimmick, even when it sounds like a Medieval choir backed by Black Sabbath.