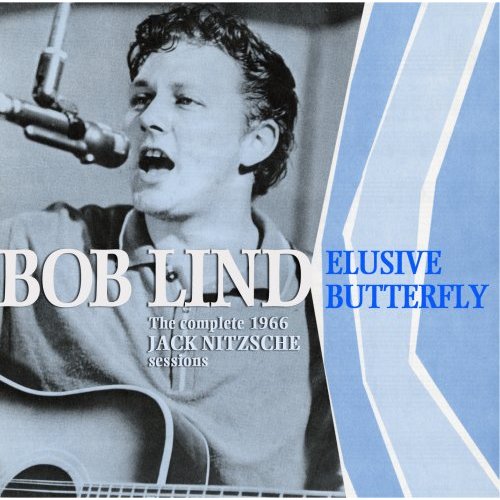 In the early sixties at the height of the folk boom, Denver based singer/songwriter Bob Lind was regularly working the coffee houses in the area, and later (as the local folk scene dried up) moved to San Francisco for a short duration, and eventually ended up in the LA area, where he was teamed up with arranger Jack Nitzsche. Given that the folk boom had pretty much run its course by the end of '65, and betting that Lind's collection of songs could be marketed as pop, they were subsequently recorded and treated to Nitzsche's orchestrations. It was a good bet; in the early months of 1966 "Elusive Butterfly" was a huge hit, ringing out of radios from coast to coast and in England as well, and although a follow-up hit was just as elusive, two albums of Nitzsche produced material were released that year, both of which are included in this compilation, along with some stray tracks that were never released. Among the 25 tracks here are numerous excellent songs that certainly should have been heard by more listeners, yet all follow-up singles barely scraped the bottom of the charts. Someone was apparently listening, though, as several of Lind's songs were in turn recorded by other artists (among them Cher, Blues Project, Adam Faith and the Yardbirds). Though the arrangements are that of the period, this collection is nonetheless a treasure trove of great songwriting.