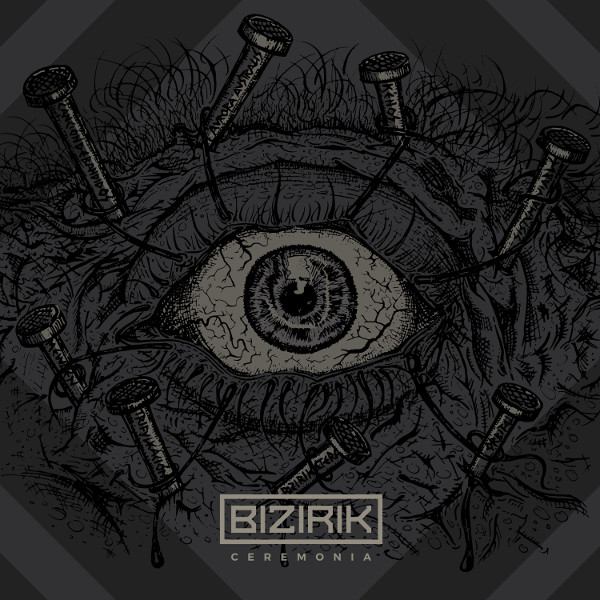 Bizirik is one Cristián Larrondo who was the bassist and Chapman Stick player for Mar de Robles, a fine Chilean band that released two excellent albums in the early to mid 2000s on the Mylodon label. On his solo debut Ceremonia, he adds analog and virtual synthesizers and programmed percussion to his arsenal of instruments, making Bizirik essentially a one man band, as there is no evidence of any supporting players. The main instrument throughout most of the album’s eight tracks is the stick with bass supporting, although the synths often drive a secondary foundation on the tunes, add interesting melodic coloration, effects, and much more. The eight tracks are essentially instrumental, although some interesting spoken voice samples and loops are used on many of the tracks to offer an interesting backdrop to the rhythm, melodies and textures, for example on “Sistema Viable” following some obscure voices we get an English discussion of Chilean geography, extreme deserts in the north where the nitrate mines are, to an area of heavy rainfall in the south, culminating with the towns on the coast (like Santiago) being the most beautiful mix of climates, then it diverges off into other topics, all the while growling synths and powerful rhytmic expressions from the Chapman stick drive home all of this within a little over four minutes. Sometimes we hear two melodic ideas competing for presence in the mix, with one coming in midway through a track as the other gets pushed under the surface. All taken this is surely a cauldron of creativity, I’m often reminded of what Cabezas de Cera might sound like with more synths and electronics. Coming out of the very synth driven “Trifulkación”, “Bizirik Atera” uses all of the elements at hand to create one of the most hard-rocking and interesting pieces here. My only criticism would be the programmed percussion, especially when it’s higher in the mix that everything else; real drums and percussion would have served the overall sound much better. Nonetheless, Ceremonia is superb album beginning to end.