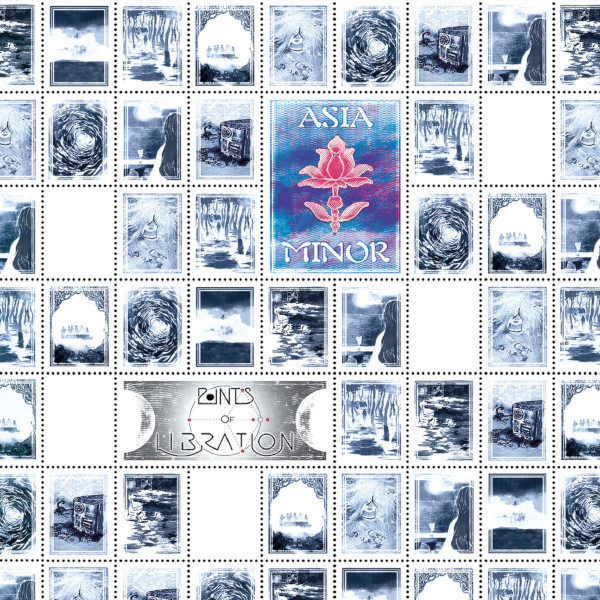 Asia Minor’s 1980 album Between Flesh and Divine is widely considered a minor classic of progressive rock, and it has the advantage of not fitting into any of the major streams of the genre. It doesn’t really take after Genesis, Yes, Pink Floyd, or any other of the major innovators, standing apart with its own sound, and is dearly loved by many fans. As my colleague Mike McLatchey said in his review of the album, “..the combination of the keys, the melancholy vocals, the guitar and flute leads really managed to carve out a niche for this French group who, like on Crossing the Line, could really catch fire with some energetic rhythms and a wide sense of dynamics.” After that album, Asia Minor faded away for a long time, only to resurface in 2013, with Points of Libration being the first studio recordings of the reconstituted band. The two driving forces of the original band are here: Setrak Bakirel (guitar, vocals) and Eril Tekeli (flute, guitar). They are joined by Evelyne Kandel (bass), Julien Tekeyan (drums, percussion), and Micha Rousseau (keyboards, guitar), along with guests on cello, double bass, and backing vocals. The sound is lush and symphonic, though full of energy even in the more acoustic moments. Most of the lyrics are in English, and while Bakirel’s accent is often noticeable, the overall quality of the singing is high. Bakirel’s guitar work is outstanding, encompassing some edgy solos with sophisticated harmonic twists as well as some lovely acoustic playing. Tekeli’s flute is stellar, and provides some of the album’s highlights. In short, Points of Libration shows that the quality of the two Asia Minor albums so long ago was no fluke, but the result of talented musicians forging their path. It’s a fulfilling and mature work that has lost none of the spark that was struck so long ago.