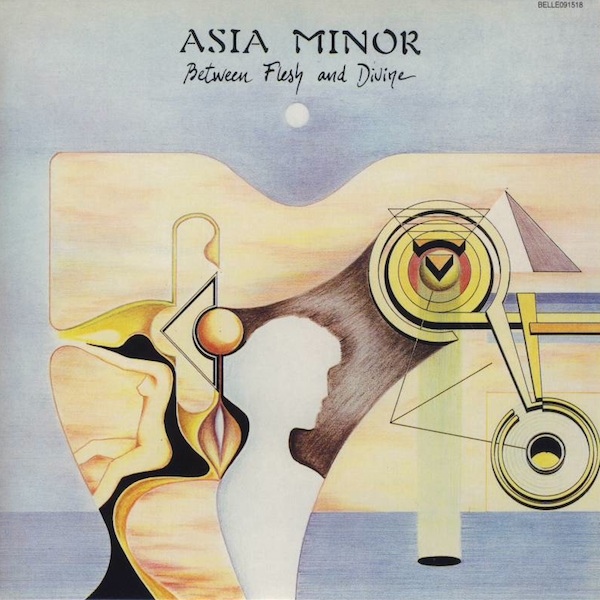 If symphonic rock is defined by keyboard sounds that sit in for groups of strings and larger groups then it might be arguable if Crossing the Line truly fell in that category due to the guitar and flute being the leads on the album, but Asia Minor turned in earnest to these types of keyboards on their follow up release. I've often thought of Between Flesh and Divine as something of a stealth Goth album in some ways, as if you took the early Cure albums and made a progressive rock album with those sorts of vocals. In some ways this change to a somewhat more depressing mood (especially on tracks like "Northern Lights" and "Lost in a Dream Yell") kind of predicted that first wave of the early 80s Marquee scene in England, at least with Marillion, who were just getting started at the time Asia Minor recorded this. However the combination of the keys, the melancholy vocals, the guitar and flute leads really managed to carve out a niche for this French group who, like on Crossing the Line, could really catch fire with some energetic rhythms and a wide sense of dynamics. In particular, the first side of this was a good as the band got, although unfortunately we never got to see what direction they would have gone with a third release. This was a really early album for my ears, one of the first in the wave of Musea reissues in the 90s and I still have a deep connection to it through all these years. It has been somewhat heartening to see the band finally got back together and started playing live in recent years.